You Can’t Make This Up: Russian Feminist Band to rally for IL Democrat Daniel Biss CHICAGO – We knew state Senator Daniel Biss (D-Chicago) was a radical Leftist, but when the Russian feminist rock group "Pussy Riot" announced they're rallying for him next Tuesday in Chicago, there can be no doubt.

Democrat Biss has moved into second place in the Democrat gubernatorial primary with the help of a growing list of Leftist activist groups' support – from the Sierra Club to Bernie Sanders state group to MoveOn.org – to be the Democrat Party's nominee for governor this November.

But the Pussy Riot support is indeed notable – not that the Russians are intent upon affecting 2018 elections in America – don't the Democrats fear that more than anything? Will their support be noted as an in-kind contribution from a Russian entity?

Note the first entry on this Tweet dated March 1, 2018 – valuable publicity and advocacy: 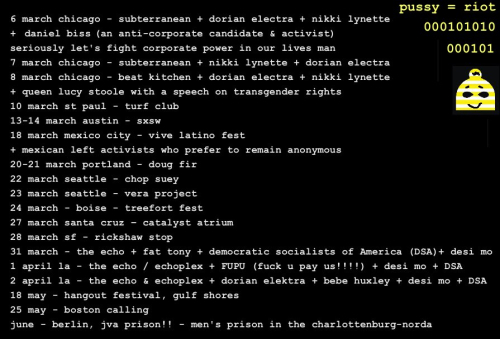 Here's a video that says it all about Pussy Riot – and what Daniel Biss obviously embraces: