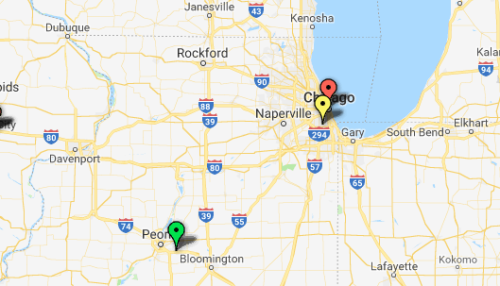 A federal judge ruled earlier this month that the Trump administration cannot deny Philadelphia grant money because of its status as a sanctuary city that protects illegal immigrants from federal immigration authorities. Half of voters continue to oppose their community declaring itself a sanctuary community, with many who think such communities are less safe.

Chicago Mayor Rahm Emanuel claimed Chicago as a sanctuary community. Cook County jumped on the bandwagon. The whole state's law enforcement was forced to abide by the Trust Act, which the Democrats passed, and which Governor Rauner signed into law.

Those that have something to lose if Governor Rauner isn't re-elected – such as those who were appointed to boards, committees, councils thanks to the governor and other IL GOP officials that received thousands of dollars for their county or township organizations ridicule the IL GOP base voters that are upset about the Trust Act.

Apparently, the frustration Illinois conservatives express about the Trust Act isn't such a tiny fraction that the IL GOP officials want conservatives to believe. Indeed, those who agree with Governor Rauner and the Trust Act are the minority nationwide.

A new Rasmussen Reports national telephone and online survey finds that just 37% of Likely U.S. Voters favor the community they live in declaring itself a sanctuary community, while 50% oppose it. Another 12% are undecided.

The Center for Immigration Studies defines the following as problems for enforcing federal immigration laws: