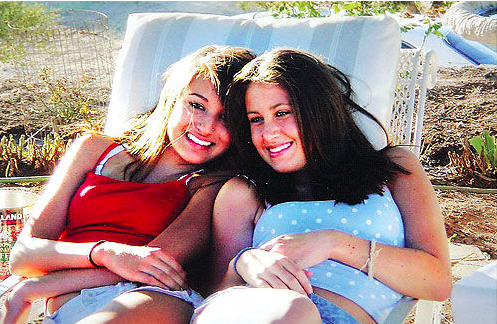 In the midst of one of the nation's most heated, emotional discussions over children being separated from their parents when being caught illegally attempting to enter the United States, the White House is calling a roundtable discussion Friday that will include Ray Tranchant of downstate Catlin, Illinois.

Tranchant's 16-year-old daughter Tessa and her 17-year-old friend Ali were instantly killed eleven years ago while sitting at a Virginia Beach stop light. The drunk driver that hit the girls was in the US illegally and is now serving 40 years in prison for manslaughter.

The grieving father told Illinois Review that the White House discussion he will be attending is expected to include officials from Homeland Security and Immigration and Customs Enforcement. He expects the current controversy over separating children from parents entering the country illegally to be central.

Tranchant had an opinion about the situation.

"Those kids will be joined again with their parents if that is who brought them," Tranchant said. "They are communicating with them as well. I will never get that opportunity with my daughter who was killed by an illegal alien, nor will her friend Ali Kunhardt's parents. That is the ultimate in breaking up families, brought on by people who should not be here illegally!"

Tranchant has been encouraged by President Trump's strong stance to protect the southern border.

"The adults that bring their children in harm's way by desert, coyote, in harsh conditions without food, supplies and water endanger the children's lives. That is assuming that the children are family members which has not been verified until they are separated and processed," he said. "America does not want to keep their kids, they want them safe.  They also want to verify that they are not a part of child trafficking.

"If Americans did the same as the illegal aliens do to their kids, they would most likely get a prompt visit from Human Services, which are there to protect the children. This situation is the same. It may also discourage the migrant from beginning the process all together," Tranchant said.

Tranchant has not been so encouraged by Illinois Democrats and Republican Governor Bruce Rauner's actions in protecting illegals in Illinois from law enforcement queries. He voiced concern about the effort last year.

He appealed to the governor not to sign HB 31 last year, and was one of the families that was hoping the governor would call before making his final decision to sign the "sanctuary state" proposal into law. Governor Rauner did not reach out to any of the grieving families before signing the bill at a celebratory rally with immigrant groups.

Tranchant and his wife met with President Trump last year at the White House. Tranchant, who hopes to meet once again with other families from Illinois who have lost loved ones to illegal aliens, says he has prepared comments for Friday's meeting. The thoughts he hopes to share with the president conclude with, "I’m hoping what happened never happens again and that we learn from our mistakes."