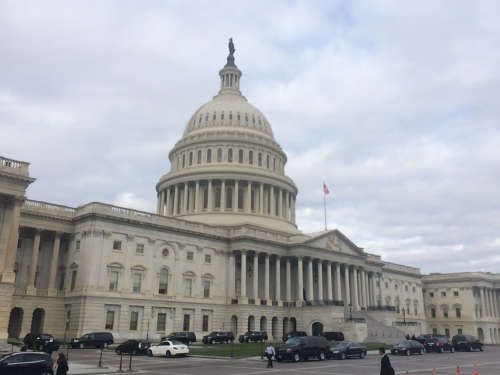 DC – Congressman Darin LaHood's office wanted to make sure Illinois Review readers saw this move the US House made Thursday night to cut federal spending waste – especially since there were concerns voiced from fiscal conservatives about the budget recently passed.

Notable is GOP Congressman Peter Roskam's  uncharacteristic "No" vote. We'll try to get a rationale from him on this vote – as to why he was the only GOPer from IL to oppose the measure. We heard from him, his answer is HERE.

WASHINGTON, D.C. – Congressman Darin LaHood (IL-18) voted last night for the Spending Cuts to Expired and Unnecessary Programs Act, which rescinds over $15 billion in appropriated funds that have gone unused. This move was requested by President Trump, and is just one step being taken by Congress and the administration to rein in the out-of-control national debt.

“Our national debt currently stands at over 21 trillion dollars, and tonight’s vote makes it clear that we are serious about being good stewards of taxpayer dollars,” said Rep. LaHood. “This package will rescind over 15 billion dollars that have either not been used or are no longer able to be used for their intended purpose. This is just common-sense, and I applaud the President for putting this proposal forward to help rein in our out-of-control national debt.”

President Donald Trump requested the rescinding of these funds under authority from the Congressional Budget and Impoundment Control Act of 1974 (ICA). Rescissions are reductions of funding that were previously provided in a law, but since the President cannot rescind funding on his own, Congress must pass new legislation to eliminate this funding. The ICA provides special procedures for the President to propose rescissions and for Congress to quickly act on them. Since 1974, Presidents of both parties have used the ICA to propose nearly $76 billion in cuts to federal spending.

Highlights of the funding proposed for rescission in this bill include: