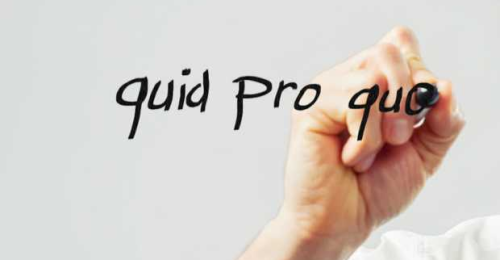 The case, Suhl v. U.S., addresses whether two separate federal statutes–the honest-services fraud statute and the federal-programs bribery statute–were violated when businessman and philanthropist Theodore Suhl made a routine contribution to a local church. The government charged him under these two statutes on the theory that portions of that money were actually bribes intended to influence a state official. Both statutes, which address bribery and fraud, turn on whether quid pro quo corruption occurred. The district court refused to instruct the jury on the meaning of the quid pro quo corruption requirement, and Mr. Suhl was convicted.

Past Supreme Court precedent has found quid pro quo corruption when there is 1) an unambiguous arrangement 2) for the direct exchange of something of value for 3) a public official’s improper promise or commitment that is 4) contrary to the obligations of his or her office 5) in an effort to control an official, sovereign act. This five-part definition keeps government investigations properly focused on actual abuses of government power, while protecting public officials who appropriately respond to voters that supported their candidacies and constituents that urge them to act in consistent with the official’s campaign promises or the constituents’ interests.

James Bopp, Jr., counsel for the Madison Center, observes “A proper understanding of what constitutes quid pro quo corruption is critical. Without it, campaign supporters will be chilled from participating in elections, as their support can be construed as buying outcomes. Candidates will be fearful of pledging to follow their own principles, leaving them unaccountable to voters. And public officials will decline to even visit with campaign supporters for fear that such access will be construed as corruption and subjecting them to investigation and criminal charges.” He continues, “By triggering criminal liability on any act that might influence a candidate or public official, not only politics but also the entire election process would be criminalized. Law enforcement officials will have the unfettered discretion to examine the propriety of a public official’s official conduct and their interaction with the public. The will of the people will be lost.”

A copy of the amicus brief can be found here.