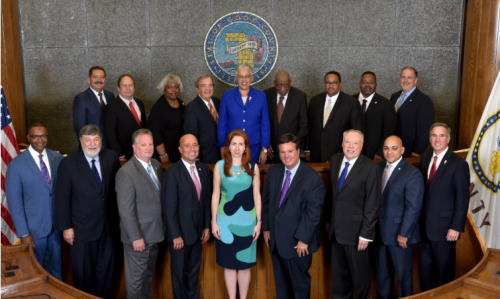 CHICAGO – The option for Cook County voters to express their views about setting up an open primary system for countywide candidates was squelched Wednesday when the Cook County Board pushed in three advisory referendum for the November 6th ballot.

Filling those three slots on the ballot denied any opportunity for Cook County GOP Chairman Sean Morrison to gather enough petition signatures to get his non-partisan election referendum before this year's General Election voters.

Over 100 of the County's municipalities' councils have rejected the county's minimum wage and paid sick leave resolutions set into motion earlier this year.

The advisories are described HERE :

The state's most-populated county will deal with those advisories on the November 6th election ballot.