Thorner/O’Neil: We Were Given a Republic, but Can We Keep It? 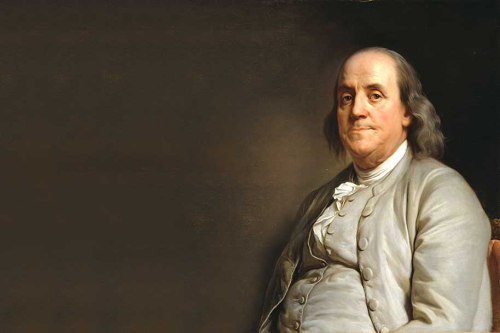 Benjamin Franklin made an interesting comment as he left the Conference of patriots who had just determined the type of government for the new nation.  Asked what had been decided, Franklin responded, “A Republic, if you can keep it.”

Donald Trump winning the presidency may one day be compared to our early forefathers fighting and winning the war for our independence against the British.  Logic screamed there was no way that an ill-equipped, sparse military could win even one battle against the mighty English military forces, and certainly it appeared they had no chance to win the war.  Some say their success was no less than a miracle.

The same could be said about Donald Trump’s winning the race for President of the United States. He had never entered or won a single political contest in life, and yet won the 2016 Republican primary over 16 other excellent candidates, some of whom had held important political positions, and went on to win the Presidency by defeating Secretary of State Hillary Clinton. Amazingly, Trump did this without help from the media.

The Pew Research Center stated the early coverage of Donald Trump in the election was 62 percent negative.  By comparison, former President Obama’s media coverage was just 20 percent negative when he ran for the presidency.

With such negative media attention and without a political record to offer, Trump’s election certainly appears to be a miraculous achievement.

Of important going forward is whether President Trump and his administrations will make the right choices and decisions as those of our first American leaders.  Although centuries apart, there are similar challenges because of the nature of man and inherent problems that exist not only due to human nature, but also from enemies within.

Benjamin Franklin made an interesting comment as he left the Conference of patriots who had just determined the type of government for the new nation.  Asked what had been decided, Franklin responded, “A Republic, if you can keep it.”

Were those words a warning?  Was he concerned about a potential problem with a Republic form of government, or was he referring to the fact history proves how quickly nations often ended by self-imploding.  It is likely Franklin meant both were possible; nevertheless, it was a very important warning that every generation should remember. There is no perfect type of government, because governments are comprised of imperfect people responsible for making the choices and decisions that decide outcomes for everyone.

James Russell Lowell, U.S. lawyer, editor and diplomat in the mid-1800s, likewise recognized the dangers inherent in the type of government our Founding Fathers had created.  When asked, “How long will the American Republic last?” Lowell replied, “As long as the ideas of the men who founded it continue dominant”. His sentiments are especially worth considering today.

It is unclear how many Americans even know the United States was founded as a republic. Many believe we are a democracy, as that label has been assigned often by a variety of sources throughout the centuries. See here a chart that compares the differences between a democracy and that of a republic.

It's possible that Democrats pushed this incorrect label forward into the mainstream for obvious reasons, but Republicans are quick to correct the misconception with these words from our Constitution, specifically the Guarantee Clause (Article 4, Section 4) in the Constitution which states:

"The United States shall guarantee to every State in this Union a Republican form of government and shall protect each of them against invasion; and on application of the Legislature, or of the Executive (when the Legislature cannot be convened), against domestic violence.”

What our Founding Fathers gave us

By time of the American Revolution and the Constitution, the meanings of the words "republic" and "democracy" had been well established and were readily understood. The word "democracy" comes from the Greek and means literally "government by the people", while the word "republic" comes from the Latin res publica and means literally "the public affairs."   In other words, a republic is the representative democracy where there is an elected chief of the state, who serves the state for a certain period, known as the President. In this political system, the government cannot take away the inalienable rights of the individual. In other words, the right of an individual cannot be overridden by the masses. Representation in a republic is a lot like trickle-down economics, where people don't vote on the decisions, they elect people to do it for them.

The idea is supposed to be that you elect the people who have that majorities interest at heart.  The Constitution came from 55 men who gave credit to God for what they created.  Madison, Hamilton, Jay and their compatriots of the convention well understood the meaning of the word democracy and the evils of past democracies, and did everything in their power to create a form of government which by its very structure would require that both the people and their rulers obey certain basic laws, laws that could not be changes without laborious and deliberate changes in the very structure of that government.  Thus the convention prepared and adopted a constitution in which they nowhere even mentioned the word democracy. You will not find the word in the “Declaration of Independence”, now does it appear in the constitution of a single one of our fifty states, which are derived mainly from the thinking of the Founding Fathers of the Republic, for the same reason.
If anyone doubts that our Forefathers created a republic rather than a democracy, remember the pledge of allegiance …" and to the REPUBLIC for which it stands."

Disagreements among our elected officials on issues such as bills, laws, and ideals, etc. can be healthy, in that it allows an exchange of ideas and facts.  Our forefathers created a constructive way to force our officials to prove their reasoning and ideas regarding laws and potential changes within our Federal government through their congressional votes and the debate process.  This creates legal paths for positive posturing and discussions by parties on both sides of the aisle.  A certain amount of bickering is usually beneficial to arrive at the best law possible. There have however been times in our history in which our people were so polarized and emotionally divided on an issue that it ended tragically.  It is obvious that the civil war was America’s darkest time, not only because our leaders were incapable of reaching a reasonable compromise to avoid a war, but because our own people were forced to fight one another.  That it resulted in the deaths of 620,000 American men killed by fellow Americans left in its wake an understandable agony that has never fully left the conscience of our people. Taken as a percentage of today's population, the toll would have risen as high as 6 million souls.That horrendous war should serve as a serious warning as to the consequences of a polarized and emotionally divided nation, such as exists today, unless political discord  is somehow  brought under control.

It is common to encounter times when our countrymen and leaders are divided regarding a given issue.  At such times we must be most open to seek and learn facts from all available sides, rather than dig in deeper to defend our specific position.  Even so, one issue, that if illegal immigration, requires doing what is best for this nation and the American people, not awarding those who enter this nation illegally all the right and privileges of American citizens.

The best leaders exhibit certain traits that make them successful.  They are Clarity, Decisiveness, Courage, Passion, and Humility

The President and Congresses' role in shaping the direction and success of America cannot be understated.  It is therefore incumbent upon voters to understand their vital role in electing the right people for these important positions.  America needs our best, brightest, and most patriotic to lead us. Our leaders at all levels of government play an important role in the success of America, making it imperative that every citizen take their role seriously, which is to research and learn which candidate best represents the values of our forefathers and of the Constitution they cherished.  If a candidate does not know or honor this precious document, they are unworthy of leading at any level of government.

There will always be those in our nation who have an alternate agenda for America. They are often identified by how they disrespect not only our present leadership, but our nation’s history as well.  For the sake of our people and the future of our great nation, investigate the candidates before voting; be wary of any critical of our treasured heritage, even if a member of your preferred political party.

A Republic Under Threat?

Could our Republic be under threat of dissolving? Does it stand in extreme peril?  Wasteful government spending in general has placed the federal government above $20 trillion in debt. There is no apparent reason to think the national debt can or ever will be paid off in the ordinary course, yet the spending goes on by both Democrat and Republican administration.

Most disturbing is that the new face of the Democrat Party is its march toward Socialism, with its proponents promising free health care for all and free college tuition, etc., with no thought given of where the trillions of dollars would come from to fund their Socialist programs.  It is inevitable that this nation would go bankrupt and encounter a complete meltdown in its economy under a Democratic-Socialist form of government. Medicare for all is projected to cost $32.6 trillion dollars over 10 years.

America was founded as a Republic by brilliant men who disagreed, debated, and concluded it to be the best.  For well over a hundred years our politicians, statesmen, and people remembered that our nation was a republic, not a democracy, and knew what they meant when they made that distinction.

Our generation has the benefit of knowing they were correct.  Our responsibility is to keep it in place, ever dot and tittle, so that we can proudly pass it on to those of future generations.