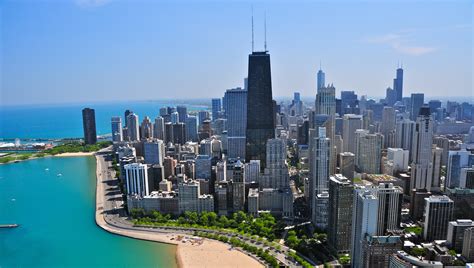 Chicago’s Mayor Rahm Emanuel, a past congressman and White House chief of staff, unexpectedly announced this week that he is not running for a third term. Perhaps, unlike past occupants of the office, eight years was enough? Or perhaps his national ambitions would be better served by a voluntary departure from the office than by the possibility of a re-election defeat… which polls were saying was more than a slight possibility?

The ground shook with the announcement, and the local field will likely change. Chicago’s next mayor will not be an Emanuel or a Daley, though the possibilities are almost endless now.  Thanks to Rahm Emanuel and the Illinois Supreme Court, residency requirements have been so watered down for this office that another carpetbagger with connections and bucks could easily move back from Washington like he did and run again, years after moving away.

A fresh campaign will always be full of speeches and promises, as fresh candidates vow to solve the city’s problems and set it back on course to the greatness that never really was… because, to admit the truth, Chicago has been a corrupt disaster for virtually its entire existence. Even with the opportunity to rebuild after the Great Fire of 1871, the corrupt ways of the city were arguably the only elements of the city that didn’t crumble in the flames.

The next mayor will make many promises on the issues of the day, but what will the next mayor truly be able to solve? How much is out of his hands, and how much doesn’t have to be, but will be unfixable because the obvious solutions are verboten to any modern big city Democrat politician?  Consider:

Schools: The Chicago Public Schools are notorious for three things; danger, cost, and quality swings.  CPS has some very good schools if you can get into them, but many of the schools are hotbeds of gangland danger and educational incompetence.  And the cost is horrendous, partially because of an utterly unsustainable salary-and-pension burden, and partially because of the vast economic challenge of a massive unemployed, unemployable, and illegal immigrant population.  The city has been bleeding residents for a half a century, dropping from over 3.5 million in the 1950s to 2.5 million today.  With a school system built for such a substantially larger population, recent years have had to see numerous school closings, forcing students into unavoidably more distant schools.

Crime: The city is riddled with gang violence.  Perhaps the old days of regular, independent home burglars and alley muggers have decreased, but the old days of organized crime have only gotten worse in recent decades.  Most people would gladly return to the horrors of the mafia of the 1920s, having experienced the drive-by shootings, the gang warfare in public parks, and the outright gang domination of public schools that the city suffers today, thanks to both a native-born criminal class and an illegal alien criminal class that we have imported on purpose.  There are solutions, but none that Chicago’s political class would support.

Unemployment: This issue is at its starkest today, because we can compare Chicago’s continued suffering with a nation on the upswing.  The economy is in recovery across the country, with national black unemployment, for example, at its lowest in generations.  But Chicago isn’t participating in this recovery, because as businesses thrive elsewhere, they continue to flee the state of Illinois in general, and Chicago in particular.  While other regions shine as welcoming homes for new business and business expansions, Chicago continues to drive employers away with our taxes, our crime, our crumbling infrastructure, our regulatory hurdles, and most importantly, the impression that nothing will improve, that Chicago and Illinois are bound and determined to keep getting worse.

Chicago, the County of Cook, and the State of Illinois as well, have all defined themselves as sanctuary for illegal aliens. They are therefore inviting in more problems… from foreign gang members to perfectly decent willing workers, the illegal alien community brings with it distinct challenges, all of them avoidable.  As a group, they increase the cost of healthcare, of welfare, and of education… despite the fact that many are decent and generally law abiding, this large numbers of criminals in this group increase the crime level that impacts every other aspect of city life, from destroying property values to increasing drug addiction, from increasing healthcare costs to driving employment away.

But will the next mayor take a stand against illegal immigration? Not likely.

Chicago suffers from a longstanding hostile attitude toward capitalism. Despite being the location of tons of corporate headquarters, its tax and regulatory burden make it an undesirable location for new businesses and for the expansion of existing ones.   But the politicians of the state – particularly the likely incoming governor, JB Pritzker – are committed to tax increases, which will make Illinois rocket past California, New York, and other tax hells in no time.  That will only increase the city’s and the state’s insolvency problems.

And what a set of insolvency problems they are. Our neighbor Wisconsin addressed their public pension challenges eight years ago, while Illinois has just continued to kick the can down the road.  From teachers’ unions to other public employee unions, the political power on the side of stubbornly refusing to address these issues is simply overwhelming in the politics of both the city and the state.  Both desperately need to reform their public employee compensation approaches, and neither will.  Even if there were no other challenges – and there certainly are – pensions alone would remain an almost fatal millstone around the necks of city and state alike.

No matter how well intentioned a mayor may be, these “third rails” of Chicago politics will make it impossible to deliver on even the most honest promises. You simply cannot reduce crime while importing criminals.  You simply cannot decrease unemployment while driving employers away. You simply cannot improve schools while allowing a corrupt union to rule them.

The most we can hope for from outside the city is an exciting campaign for us to watch from a distance, and a new mayor who does as little additional, intentional harm as possible.

And the most that Chicagoans can hope for, frankly, is a ticket out of town to greener pastures somewhere far, far away.

John F. Di Leo is a Chicagoland based trade compliance trainer, writer and actor. His columns are found regularly in Illinois Review.  Use the tool on the left margin of the web page to obtain a free subscription to Illinois Review’s article notices!