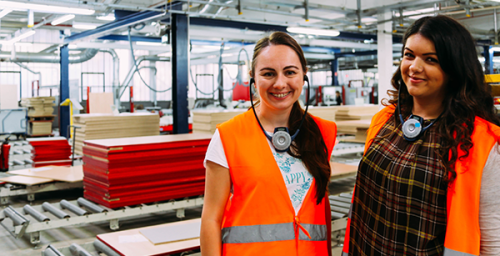 Why do so many jobs requires a college degree? Today, you need a college degree for a lot of jobs that used to be done by non-graduates. Why is that? Frederick M. Hess and Grant Addison highlight one source of credentialing inflation:

There are multiple factors to blame for degree inflation, but a big one is the unintended consequences of federal anti-discrimination law. Title VII of the Civil Rights Act of 1964 prohibited employers from discriminating against workers or job applicants on the basis of race, color, religion, sex, or national origin. It did, however, allow the use of “professionally developed” ability or employment tests, insofar as they were not “designed, intended or used” to discriminate. In Griggs v. Duke Power Company (1971), the Supreme Court unanimously interpreted this language to mean that when a selection process disproportionately affects minority groups (e.g. has a “disparate impact”) employers must show that any requirements are directly job-related and an accurate predictor of job performance.

Importantly, this “disparate impact” standard, which Congress wouldcodify into law in 1991, applies to any test or selection procedure used for employment decisions, including educational requirements. But while it’s been scrupulously applied to other, non-educational types of employment tests, it hasn’t been tested in the case of the safe-passage papers issued by the college cartel. […]

For employers, whatever the real costs, college-degree requirements represent an easy, risk-free way to screen applicants while sidestepping legal culpability. And colleges, of course, reap the outsize benefits of acting as the gatekeepers to employment. It’s an arrangement which allows campus bureaucrats to pull in six-figure salaries while tuition costs soar ever-higher and schools feast on billions in federal student loans and other taxpayer funds.

The big losers here are workers and would-be workers; after all,only a third of U.S. adults have a four-year degree. Requiring a college degree summarily disqualifies non-credentialed workers with relevant skills and experience from the applicant pool. It bars young people from taking entry-level jobs and building the skills and experience that open up new opportunities. And it holds families and would-be workers hostage, forcing them to devote time and money to collecting degrees, whether or not those credentials actually convey much in the way of relevant skills or knowledge.