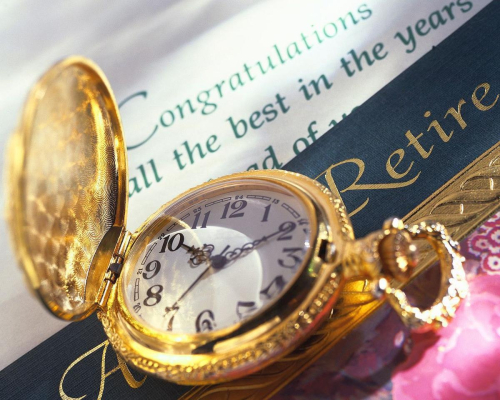 What is the value of a top-level security clearance for major officials once they have left office? The value to the current government is the ability to freely consult with them on matters in their field of expertise. The ex-officio value is that such a clearance adds to their gravitas, and value as a pundit for various news organizations and lobbyists. Without the clearance, back-channel contacts with current agents and officials becomes criminal. Lower level officials have no such privilege, and yet we don’t seem to suffer as a nation.

Loss of Brennan's clearance does not affect his ability to speak his mind. Nor does it relieve him of the responsibility to maintain secrecy for classified information in his possession. It may make it much harder to tap old associates, still in government, for insider information. Most important, it doesn’t prevent him from testifying before a grand jury, or a closed session of a congressional committee.

When Brennon was CIA Director he had no qualms in pulling the security clearance of Kris Paronto, one of several CIA contractors who were left stranded in Benghazi in September 2012, when our government tried to force feed a story that absolved Hillary of any guilt.  But those involved were not buying it because they knew the truth. It was common knowledge that Hillary Clinton ordered relief troops to stand down, leaving an ambassador, CIA agents, and the contractors to fend for themselves. Had Hillary given the order in time, at least two, if not all of those killed in the attacks could have been saved.

Why is it that nobody has satisfactorily explained why any former member of the federal government shouldn’t automatically lose his or her clearance after leaving th job. Those who have made the attempt have been forced to suggest it’s because current members of the Trump administration might wish to pick the brains of their predecessors.

Can you imagine any situation when Mike Pompeo, John Bolton or Dan Coats would say to himself: “I wonder what (John Brennan) (James Clapper) (Andrew McCabe) (James Comey) (Peter Strzok) (Michael Hayden) thinks about a given situation?  I better give the genius a call.”  It is also unlikely that Brennan would ever appear on the frequent-visitor list in the Trump Situation Room.  Other high officials, including Henry Kissinger, Condoleezza Rice and Colin Powell don’t always agree with the president, often publicly, but their expertise is always welcome.

A far better question is why any of these people ever got the job in the first place.  That is particularly true when it comes to John Brennan, who went directly from the CIA to MSNBC.  It is also remarkable to wonder how a man who, in the 1976 presidential election, in the midst of the Cold War, cast his ballot for the man who was on the Soviet payroll, could possibly be entrusted to oversee our national security. The other is that while heading up the CIA, Brennan electronically snooped on staff members of the Senate Intelligence Committee, an illegal act for which he was severely rebuked by none other than Dianne Feinstein.

Worth noting about Brennan

It is also worth noting that Russian meddling in America’s affairs is nothing new, and yet Brennan, Clapper, Comey and Hayden, did absolutely nothing to curtail it during the eight years of the Obama administration.

Of further note is that it has become increasingly obvious that Brennan played a major role, after the 2016 election, in de-legitimizing President Trump’s administration. He has derided the President in the most hateful manner, at one time calling the President a puppet for Putin, and a traitor to the United States.

If you happened to hear Carl Bernstein, Mark Warner, Richard Blumenthal and James Clapper on TV,  you would have thought that denying security clearance to a Never-Trumper who is currently employed at a cable news network was tantamount to blowing up the Washington Monument.
Some called it “Nixonian” to deny Brennan's security clearance and referred to it as “unprecedented,” seemingly unaware of the fact that if Richard Nixon had done something similar, it could not also be unprecedented.

Another aspect of John Brennan’s loss of his security clearance was covered by Sean Hannity on his Fox cable TV show with guests Peter Schweizer, president of the Government Accountability Institute and author of “Clinton Cash,” and his colleague at the GAI, Seamus Bruner.  As Schweizer pointed out, if individuals like John Brennan, Michael Hayden, Andrew McCabe, James Clapper or Peter Strzok lose their security clearances, they lose the opportunity to cash in financially, because they can no longer work on classified projects with companies like Lockheed Martin, Booz Allen Hamilton or one of the other major consulting firms.  The tag team of James Comey and Robert Mueller was engaged in crony capitalism

Isn't it high time for Congress to pass legislation that deprives people of their security clearance once they are no longer working for the federal government?  It’s bad enough that ex-politicians, judges and military officers, get to be addressed by their former titles.  Whether they served honorably or not isn’t the question.  Ours is a republic, not a monarchy. Once you’re no longer a president, a governor, a mayor, a judge or a general, you’re just another mister.