Illinois: New paradise for abortion industry “because there’s no shame … “ 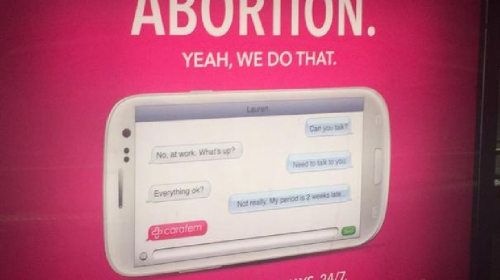 CHICAGO – For decades, Illinois' longtime Democrat-controlled legislature has maintained and nurtured a legal environment welcoming to the abortion industry. In light of the Kavanaugh confirmation to the US Supreme Court this week, abortion providers are seeking locations where their businesses can thrive.

In contrast to neighboring states, the only restriction on abortions in Illinois is that minor girls must either obtain a parent's permission or a judge's bypass before undergoing the procedure. With the help of liberal Republican Governor Bruce Rauner signing into law a measure that forces state taxpayers to pay for low income women and state employees' abortions, Illinois is sure to see a sizable uptick in abortion clinics.

Planned Parenthood has plans to add five new clinics to its 17 already in Illinois. They've already added two since abortions became taxpayer-funded. According to a recent National Public Radio interview, the company's new strategy to fight back against any possible limitations on abortion is to include three major components:

But Planned Parenthood's dominance in the abortion industry is being challenged by a new more forthright abortion provider called Carafem. The Chicago Tribune announced Tuesday Carafem – now in Washington DC and Atlanta Georgia – sees the northern suburbs of Chicago as a place to promote abortion.

Carafem chose the Chicago area for its third clinic because Illinois’ abortion laws aren’t as restrictive as laws in neighboring states, but it can draw patients from those other states, Melissa Grant, Carafem’s chief operating officer, told the Chicago Tribune.

And "promoting" abortion is exactly what Carafem does. They placed ads on buses in Atlanta and Metro stations in D.C.

"Because there's no shame [in aborting your baby]," a new ad that Carafem uses says. "Abortion. Yeah. We do that."

Lake County Right to Life responded to the news of the Skokie clinic Wednesday saying in an email, "Carafem charges $425 – $475 for chemical abortion and $550 for surgical abortion without insurance. That said, Illinois Medicaid will pick up that cost, thanks to the passage of HB40 and Governor Rauner."

By Illinois ReviewIn the last several days since Illinois...
Previous article
Di Leo: Taylor Swift and the Politics of Groupthink
Next article
Democrats giddy over tightening races in IL 06, 12, 13, and 14 CDs