IFI: Pot Use Rises Among Children

Gov. JB Pritzker continues to make sure Illinois has more than its share of pot dispensaries. And as Illinois Family Institute warned repeatedly that what was happening in Colorado would also happen here, there are consequences. Dire consequences.

Marijuana use among adolescents has now surpassed alcohol use.

A 20-year study shows a 245 percent increase in marijuana use by children aged 6-18 since 2000, while alcohol use has steadily declined.

This is very bad news for several major reasons. Let’s start with the detrimental effect on brain development in early adolescents.

The Frontal Lobe is the largest of the four major lobes of the brain. It’s liable for final decision making, judgment and reasoning. It’s not fully developed until around the age of 25. With marijuana use, however, blood flow is slowed to the Frontal Lobe. The results can be memory loss, sluggish learning, impulsivity, lessened inhibitions, impaired judgment, and more.

There’s ample research indicating regular use can result in a permanent loss of IQ by about 8 points in adolescents. It doesn’t sound like much, but it means more college dropouts, more out-of-wedlock pregnancies, more crime, more homeless – more of things citizens don’t want and our state cannot take.

In addition to reducing IQ, early adolescent use of pot can cause serious mental health problems like anxiety, depression and schizophrenia that lead to psychotic episodes.

A National Library of Medicine’s article concluded that adolescent use of marijuana speeds up psychosis development by three years, especially for those whose parents have psychotic disorders.

“Young people with a parent or sibling affected by psychosis have a roughly one in 10 chance of developing the condition themselves—even if they never smoke pot. Regular marijuana use, however, doubles their risk—to a one in five chance of becoming psychotic,” say researchers at Harvard.

Knowing these scientific facts, you would hope any compassionate governor would be alarmed and be discouraging the use of pot. Instead, Pritzker recently marked a milestone by attending the opening of the first “social equity” marijuana dispensary. (Pritzker boasted that all 192 “social equity” licenses have been issued and more dispensaries will be opening in upcoming months.)

“Social equity” dispensaries are those that have specifically been placed in communities that have had a higher rate of past marijuana use resulting in arrests and imprisonment. This includes arrests for more serious crimes that resulted in jail time for lesser crimes due to plea bargain negotiations. These folks have all been released.

As if 192 more “social equity” dispensaries are not bad enough, Pritzker is fine with marijuana delivery – like pizzas. As long as it’s regulated. That’s a buzz word for taxed.

“At first blush, without the data in front of me, I think that as long as it is regulated, as long as we make sure that the person who is ordering it gets it, and that they’re legally allowed to, then it would seem to me like the same as somebody coming into a store,” Pritzker said, according to ABC News.

The dramatic increase in child cannabis use since 2017 coincides with a wave of decriminalization and commercialization in the US. Marijuana edibles and vaping products have been found to be the most used and are actually marketed in ways attractive to children. Although they are perceived as harmless (i.e. “medical” marijuana), this is not the case.

And adolescent marijuana exposure cases have risen since 2011 and skyrocketing from 2017 to 2020.

Since marijuana use is already on the steady rise among adolescents, making the delivery system easier will only elevate the problem. It doesn’t take a rocket scientist to figure out that adolescent use of marijuana today means increased use of harder drugs when they are adults; it doesn’t take a brain surgeon to know that this will hamper tomorrow’s job growth because it hampers tomorrow’s workers. And it doesn’t take a moral scholar to know this will lead to breaking up the traditional family even more in a society that has been on the fast-track to begin with.  It does take a governor to deny these things, though, and then happily double down to accelerate the citizens’ misery. And we have a governor who does this well. 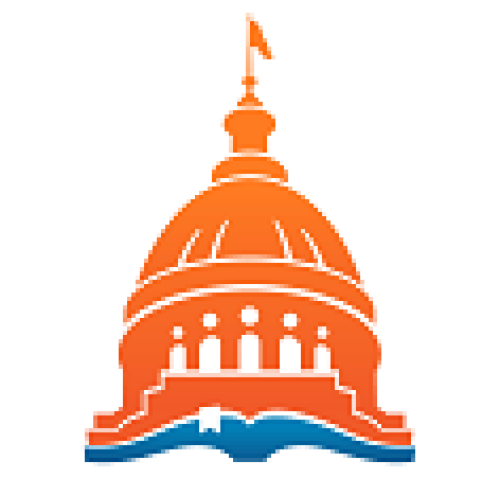 By Illinois ReviewIn another blow to Illinois Gov. JB...
Previous article
IFI: Paradise Lost and the Message of Christmas
Next article
IFI: A Conversation With Dr. Carl Trueman