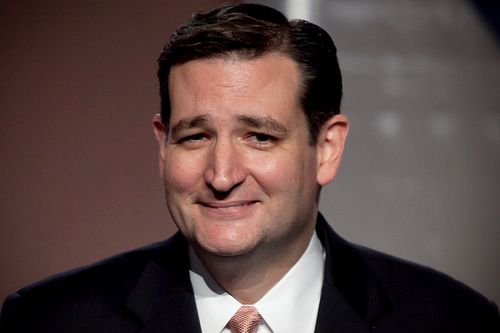 SPRINGFIELD – U.S. Senator Ted Cruz's list of delegate candidates for the IL GOP March primary boasts some of the most recognizable names in Illinois' conservative movement.

The Cruz campaign, led in Illinois by Chicago Republican Chris Cleveland, pulled in an array of conservative leaders that are rarely acknowledged among the state's Republican Party leadership, but who have influenced election after election over the past two decades.

Why Cruz, who is running second to Trump in most polling?

Illinois Review asked Joliet's Yvonne Sencial Bolton, who is among those on the Cruz list of delegates from the 11th CD. She's Plainfield Township's tax collector and is running for a seat on the Will County Board.

"After much consideration, I chose Ted Cruz because he most closely aligns with my values, ideals and vision for this country," Bolton, who has been involved in the Will County Tea Party since its beginning in 2009, said. "I love the fact that he has no fear and was had no problem going against his own party when needed. He's a true leader."

Bolton's thoughts are common to others that are on the GOP primary ballot for Cruz.

"Ted Cruz has a impeccable record of defending our God-given unalienable rights as Solicitor General and U.S. Senator," Valente said. "He's not an establishment guy. Ted Cruz will fight for the little guy and oppose crony capitalism even when it requires standing up to the leaders in his own party."

Cruz holds tightly to the national Republican Party platform, and as a constitutional attorney, he has argued before the U.S. Supreme Court to protect religious freedoms, the pledge of allegiance, and the Second Amendment.

He has held alienated national Republican leadership for calling them out on deceptive political strategies that have frustrated the Republican conservative base. Many supporters find that appealing and attractive  - a pattern they say, which was established by the late Ronald Reagan.

The Cruz delegate list for Illinois' March 15th GOP primary is as follows:

More about Cruz at TedCruz.org