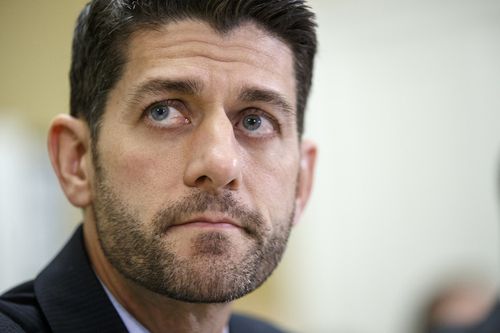 And that's not all the Republicans plan to do to reverse the angst stirred among dthe GOP base before the holiday break.

"You're going to see us put a bill on the president's desk going after Obamacare and Planned Parenthood so we'll finally get a bill on his desk to veto," the Associated Press reports Ryan said.

"Then you're going to see the House Republican Conference, working with our senators, coming out with a bold agenda that we're going to lay out for the country, to say how we would do things very differently," Ryan said.

Obamacare has been a disaster, and the people that needed help most with health care aren't benefitting as they were promised, an editorial in the Las Vegas Review-Journal said over the weekend.

The people who were supposed to benefit most from the Affordable Care Act were those who could least afford health insurance. Two years into Obamacare's implementation, however, that same segment of the population is being hit hardest by the ridiculously high insurance premiums and deductibles that have resulted from the law's costly mandates.

According to an analysis by the Robert Wood Johnson Foundation and the Urban Institute, one in 10 Obamacare enrollees whose earnings fall between two and five times the federal poverty level have coverage costs that exceed 21 percent of their incomes. That's more than what a household is supposed to spend on housing. The median Obamacare exchange customer in that range spends more than 10 percent of income on premiums and out-of-pocket expenses.

Despite a modest rise in signups during the current open enrollment period, Obamacare is still very much on shaky ground. In addition to the financial hardship that the coverage places on low-income enrollees, Obamacare's high premiums and high deductibles are causing exchange-based insurance to be seen as a bad deal by even those with higher incomes. A mere 35 percent of the 24 million Americans eligible for Obamacare subsidies are actively enrolling and paying their premiums, and huge losses from the sale of Obamacare plans have forced UnitedHealth and other insurance companies to seriously consider pulling out of the exchanges. The more insurers bail out of the exchanges, the greater the risk to insurers who remain in the exchanges, and the greater the chance they'll exit, as well.

Read the rest of the editorial HERE.