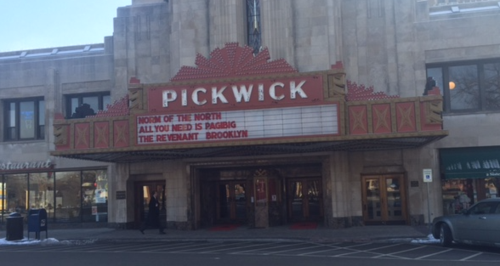 "13 Hours: The Secret Soldiers of Benghazi" came out last weekend. It is the story of 9-11-201 attack on the American Embassy and a CIA annex about a mile away resulting in the murder of United States Ambassador Christopher Stevens, Information Officer Sean Smith, as well as two CIA operatives Glen Doherty, and Tyrone Woods.

Next Thursday night, Republicans in Hillary Clinton's old Park Ridge neighborhood will gather at the Pickwick Theatre, blocks from where the Rodham's once lived, to watch "13 Hours."

I saw the film last week and found it captivating, informative, and tragic. The film is an adaptation from the book, "13 Hours: The Inside Account of What Really Happened in Benghazi" written by Mitchell Zuckoff, a professor of journalism at Boston University.  The film was directed by Michael Bay known for directing Pearl Harbor, Bad Boys, Armageddon, and the four Transformer movies.

The film is an account from the defenders' point of view and does not address the political firestorm that followed the attack. There is no mention of President Barack Obama or then- Secretary of State Hillary Clinton or the alleged YouTube  video which they blamed on the attacks. Further investigation showed that Hillary Clinton may have ignored Ambassador Stevens' requests for additional security along with a failure to respond that night with assistance, including military support.

The release of this film is expected to be another blow to the candidacy of Hillary Clinton with the Iowa Caucuses next week. In addition, more stories of her email scandal are breaking everyday with rumors of possible indictments.

The historic Pickwick Theater will have a special screening of the film Thursday, January 28, 2016 at 8:00 p.m. Tickets are $15.00 in advance (includes popcorn and a soda) on the eventbrite link below. It will be hosted by the Republicans of  Maine Township and Niles Township Republican Organization. The Pickwick Theater is located at 5 South Prospect Avenue at Touhy Avenue in Park Ridge, Illinois. Tickets may also be purchased at the door the night of the event and are available HERE.

By James P. Economos DDS, DDSGiven the recent amount...
Previous article
Kirk: $1.7B in taxpayer funds to Iran is “high cost of American hostage ransom”
Next article
Roskam: Roe vs Wade was built on a lie, history will exonerate pro-lifers