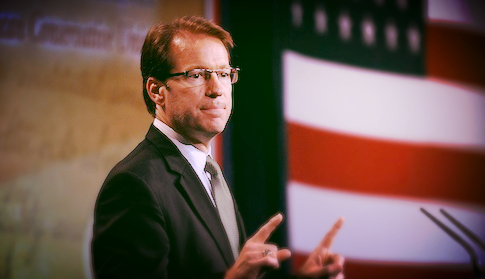 CHICAGO – Paul Caprio's Family PAC Federal has released its endorsements for the Illinois Congressional Delegation. Not surprisingly, the PAC skipped endorsing any Democrats. But they also ignored some conservative Republican incumbents.

In the 6th Congressional District, Caprio endorsed challenger Gordon Kinzler over conservative Republican incumbent Peter Roskam. In an email to supporters, Caprio explained that his PAC did not endorse any incumbent who voted for the budget authorization bill in November, arguing that the bill ended the sequester, increased federal spending and debt, and increased funding for Planned Parenthood. He released his full list of bill objections, which can be found HERE.

Caprio admits he's supported a number of the congressmen, including Roskam, in the past. But he says they have "changed" and the PAC has "no intention of changing with them." In the email statement, he wrote that his PAC remains "dedicated to the principles of pro-life, limited and constitutional government, religious liberty, and an end to the corruption and big government;" and that while his relationships with "many sitting congressmen and senators are cordial, …they are not social."