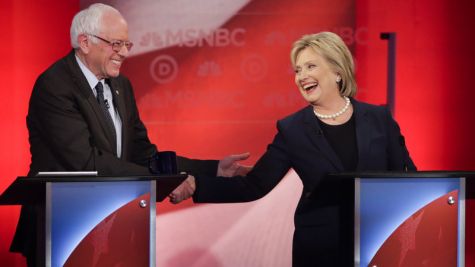 WASHINGTON – While Conservative diehards are focused on the battle of the century among Republican presidential candidates and Democrats' latest ploys to undermine the U.S. Constitution, there's an equally tense power struggle among Leftists in the Progressive camp.

The group "Progressive Kick" is mounting a campaign to restructure the Democrat Party's superdelegate count.

"DNC Superdelegates could flip the Democratic primary results if they wanted to, ignoring the will of the people," Progressive Kick said in a statement released today. "As we emailed about before, superdelegates are party leaders and politicians who get to cast special ‘VIP’ votes for President at the Democratic National Conventions. They're about 700 people, insiders and party elites, and they get a way bigger say than any one state."

Progressive Kick says the system is "just plain wrong," so they're working with other Leftist groups to change the system. They've gathered over 187,000 signatures from Democratic voters across the country to ask the Superdelegates to vote with the people if the race between Bernie Sanders and Hillary Clinton tightens.

The groups have built a website with all the superdelegates in all the states and their contact information at http://superdelegatedemocracy.com/.

"Please take a moment to contact the superdelegates in your state (politely!) and ask them to not deny the wish of Democratic voters with their superdelegate vote," Progressive Kick says.

They've put together a YouTube to explain the dilemma, and it's not very complimentary of the presumed Democrat nominee Hillary Clinton.

Illinois has 24 superdelegates, and all of them are either committed to Hillary Clinton or uncommitted. None are listed as supporting Bernie Sanders. The list is found on the SuperDelegateDemocracy site HERE.