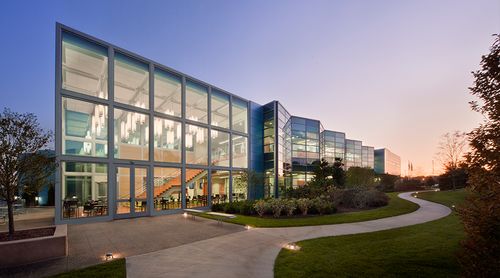 SPRINGFIELD – Friday, Governor Rauner vetoed SB 2043, a bill that would have granted $721 million for this year's MAP grants to the state's college students.

He explained his reasoning:

Today I veto Senate Bill 2043 from the 99th General Assembly, which would explode the State’s budget deficit, exacerbate the State’s cash flow crisis, and place further strain on social service providers and recipients who are already suffering from the State’s deficit spending.

SB 2043 Would Exacerbate Our Budget and Cash Flow Deficits

Senate Bill 2043 would appropriate $721 million for the Monetary Award Program (MAP) and community colleges programs. Senate Bill 2043 proposes the same funding levels for these programs as were included in the unconstitutional, unbalanced budget passed by the General Assembly last year, which was opposed by many legislators, including Democrats, and which I vetoed.

Despite its constitutional obligation to balance the budget, the General Assembly has not put forward a plan to pay for these programs, whether through spending reductions, revenue, or cost-saving reforms. The Governor’s Office of Management and Budget concluded that Senate Bill 2043 would add $721 million to the State’s budget deficit.

Today, the Comptroller reports 48,000 vendor vouchers waiting to be paid, a $7.2 billion backlog of bills, and a grand total balance of $145 million in the general funds. This bill would spend money the State does not have.

Moreover, Senate Bill 2043’s unfunded spending would significantly exacerbate the State’s current cash flow challenges. To protect and prioritize General State Aid payments, the Comptroller would be forced to further delay payments for other goods and services across State government, putting social services further at risk. We have already seen that the State’s deficit spending is harshest to social service providers and our State’s most vulnerable residents. Senate Bill 2043 would further delay those payments at a time when those recipients are already under fiscal stress.

The Constitution and our obligation to taxpayers require a balanced budget. Recognizing this, legislators in both the House of Representatives and the Senate put forward a plan to pay for higher education spending – not just those programs included in Senate Bill 2043, but also funding for our public universities. I thank them for their leadership.

House Bill 4539 and Senate Bill 2349 would appropriate $1.6 billion for higher education programs, while Senate Bill 2789 would authorize the Governor, Comptroller, and Treasurer to identify and implement funding by reallocating funds and reducing spending in other areas. Together these bills would fund MAP, community college programs, and our public universities, without exploding the deficit or exacerbating the State’s cash flow crisis. This is a far more fiscally responsible – and constitutional – plan for funding higher education.

Therefore, pursuant to Section 9(b) of Article IV of the Illinois Constitution of 1970, I hereby return Senate Bill 2043, entitled “AN ACT concerning appropriations”, with the foregoing objections, vetoed in its entirety.