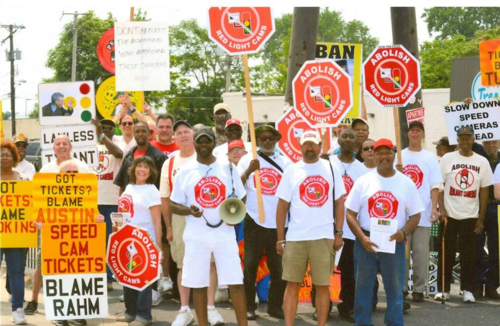 "In the wake of former CDOT official John Bills' guilty verdict, the Citizens to Abolish Red Light Cameras are calling on House Speaker Mike Madigan to immediately bring House Bill 0141 up for a vote in the General Assembly," Mark Wallace, Director of the group, said.

"It is time for Speaker Madigan to take responsibility for a corrupt and unfair system that he and his cronies helped bring to Chicago."

In the Redflex corruption trial, federal prosecutors linked Bills and Redflex corporation to Mike Madigan and the 13th Ward Democrats through campaign donations and dealings with several well connected lobbyists and attorneys in Chicago, the group said.

Bills was at one time a precinct captain and top fundraiser for the 13th Ward Democrat Organization, of which Mike Madigan is Committeeman.

"The time to take action against public corruption is now and we are urging all Chicago and Suburban citizens to contact their state representative and demand they vote to repeal Illinois' unsafe, unfair and unconstitutional photo enforcement programs which were born out of corruption and are no longer legitimate," said Wallace.

HB0141 calls for the immediate end to Red Light and Speed camera enforcement in Illinois.