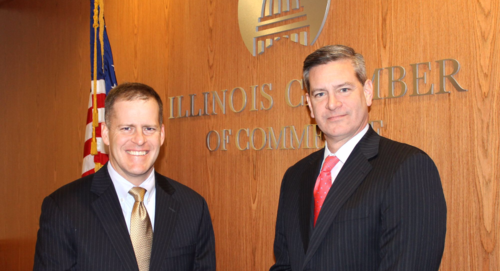 "Paul Schimpf is a leader who understands that it is the local job creators, not the politicians in Springfield, who are the key to revitalizing our economy," Maisch said. "He supports the reforms that are necessary to make Illinois competitive again."

Schimpf said, "The Illinois Chamber of Commerce plays a key in growing our economy and bringing good-paying jobs back to Illinois. I am both humbled and honored by the trust that they have placed in me with their endorsement."

Governor Rauner's political staff has been pushing groups like the Chamber to back Schimpf in the March 15th primary to fill retiring Senator Dave Leuchtefeld's seat next session.

However, Sharee Langenstein, a family attorney, has nabbed the backing of social conservatives and grassroots volunteers in the 58th GOP primary race.