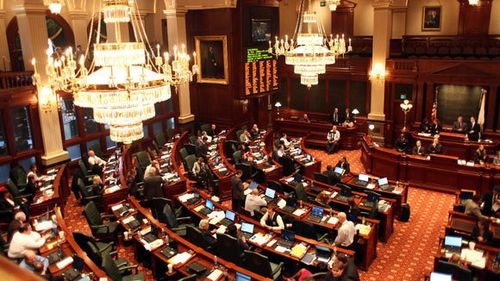 SPRINGFIELD – Only four state reps voted against creating an elected school board for the city of Chicago Thursday. State Rep. Rob Martwick's HB 557 passed the Illinois House at an 110-4 vote.

Rep. Martwick initially filed legislation to move from an appointed to elected Chicago school board after seeing overwhelming resident support for the idea and in response to Chicago Public Schools' mounting financial problems.

If HB 557 were to become law, starting with the 2018 election, elected Chicago board members would serve one term of five years and then run for four-year terms in successive elections. The city would be divided into 20 districts drawn by the Legislature, with a board chair running citywide, for a total of 21 members on the new elected board.

Board members would be barred from having contracts with CPS. The legislation also outlines restrictions on some political contributions to school board candidates to avoid conflicts of interest.

“It will give to the residents and taxpayers, the parents, teachers and students of the city of Chicago a say in the future of their educational system,” Martwick said in a speech to the House floor while asking for support. “That is really the best reform I can think of. When democracy fails, the answer is not less democracy, it's more democracy. That's what we've done here today.”

HB 557 now heads to the Senate for consideration.