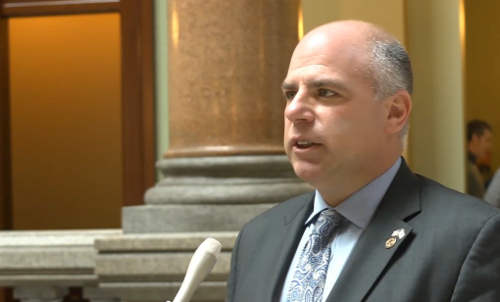 SPRINGFIELD – State Senator Sam McCann (R-Jacksonville) won to be his party's nominee in the 50th Senate District Tuesday night, despite Governor Rauner spending an unprecedented $3.5 million to knock a party colleague out of office.

McCann said he's willing to move forward and says that now that the election is over, the mean spiritedness should be over and the legislature should set aside politics and focus on public policy.

"I'm honored and humbled [that I was re-elected]," McCann told reporters at the Capitol Wednesday. "The opportunity to serve the people of this district again is something that is not lost on me. The confidence and the faith they have put in me is not lost. I've always wanted to do the right thing. I've always wanted be a good public servant and I appreciate the people of the district recognizing that and giving me the opportunity to do it for a couple more years."

The 50th District voters were barraged with attack ads against McCann via TV, radio, newspapers and robo calls. McCann fought back with the help of public sector union PAC funds, and the support of prolife and profamily groups.