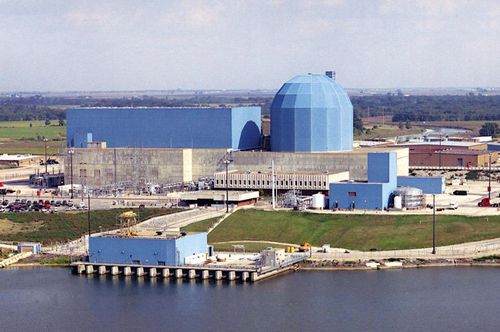 SPRINGFIELD – Two Illinois nuclear plants – at Clinton and the Quad Cities – could be shuttered, Exelon is threatening, if the cash-strapped state with no functioning budget in place doesn't find a way to provide financial assistance.

If that doesn't happen, Exelon's CEO Chris Crane said on the company's fourth-quarter earnings call, "we'll have to make the rational economic decision" on money-losing plants, Crain's Chicago reported in February. Crane said there would be “no choice but to prepare for a potential early retirement in the face of continued financial losses,” unless there was an “urgent” policy directive that would change market dynamics.

Closing the two plants in downstate Illinois would be devastating for local economies, State Rep. Bill Mitchell of Forsyth told a local radio station this week. The Clinton nuclear plant has about 600 employees. Losing them would have the same economic impact as Chicago losing 105,000 jobs.

“If Madigan had to face the loss of over 100,000 jobs, can you imagine that (would) not be on the frontburner of Speaker Madigan’s plate?,” Mitchell said.

And not only would local areas' economies be affected, so will regional utility rates when the cost of electricity skyrockets, he said.

“If you remove nuclear power, you are going to see you electric bills go sky high,” Mitchell said. “In the next six weeks, the Illinois General Assembly must get down to business and pass a bill to make sure Clinton power plant stays in business and thrives.”

So apparently, the Hobson's choice for taxpayers is to help prop up Exelon or pay "sky high" electric bills, along with bearing the cost of hundreds of unemployed.