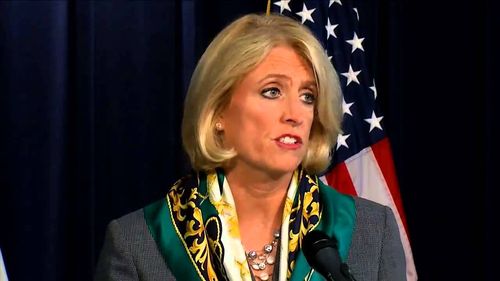 Illinois lawmakers may find themselves waiting months to get paid – just like many firms that do business with the state. Illinois has been functioning without a budget for 10 months. Despite this, the courts have put the state on autopilot, authorizing spending that the legislature has failed to act upon.

The state has a $7.8 billion bill backlog and it’s continuing to dig itself billions of dollars further into the hole.

Just about everyone who does business with the state can expect to wait at least two months to get paid. For many businesses it’s much longer. Nursing homes teeter on the brink of bankruptcy, pharmacies are shutting down, gas stations are turning state police cars away as the state struggles to pay what it owes.

But one privileged group has largely avoided the pain: lawmakers and the state’s six constitutional officers. Long before the state’s current budget crisis, lawmakers enacted a law that allows them to get paid even if the state doesn’t have a budget in place. So legislators are sitting pretty – atop the manure pile that is Illinois government.

Typically, lawmakers earn about $80,000 a year for their part-time jobs. Some could earn more in the private sector. There are some impressive resumes in the legislature.

But there are a fair number who lack even the rudimentary leadership skills necessary to be an assistant manager at a fast food restaurant.

I know that sounds harsh. But that is what I have observed during my 17 years covering the Illinois General Assembly.

Along with the bright lights, there are some pretty dim bulbs on the legislative marquee. They became lawmakers in the least democratic way possible – they were picked by party bosses. And they have hung on to their jobs because our legislative districts are drawn in such a way that voters often have had little choice but to keep them.

And they know the only way they can imperil their jobs is if they displease their party boss. So they kowtow.

So there is a part of me that likes the idea of seeing some of these folks waiting to get paid – just like every firm that does business with the state.

And here’s how Comptroller Leslie Munger explained it over the weekend when she announced her decision to make lawmakers wait to get paid: “Our social service network is being dismantled, mass layoffs are occurring and small businesses across Illinois are awaiting payments for services they’ve already provided. As our cash crunch grows in the coming months, it is only appropriate that the unfair prioritization of payments to elected leaders ends. We are all in this together, we all will wait in line.”

But, gee, Leslie, if it is such a good idea why didn’t you start doing it 10 months ago? The reason is pretty simple.  This is a political move not a fiscal one. The amount lawmakers would be paid out of that multi-billion dollar backlog of bills is picayune.

Munger who faces Chicago City Clerk Susana Mendoza in November is posturing with a bit of populist rhetoric.

One could ask, why stop at state lawmakers? Why not make all state workers wait to get paid? Their collective salaries, in fact, do have a significant impact on the state finances.

But you’ll never hear Munger or any other politician endorse such a plan because it would not only be illegal to force rank-and-file workers to wait to be paid but it would also be unpopular. And no politician wants to bear the brand of unpopularity.

While Munger’s proposal to make politicians queue up for their pay seems almost poetic in its justice, it's just a ploy. And our state needs solutions — not more gimmicks.

Scott Reeder is a veteran statehouse journalist, who has covered government for almost 30 years. He works as a freelance reporter in the Springfield area. He can be reached at [email protected].