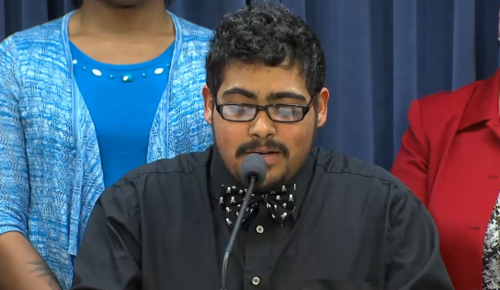 Rep. Wallace, you and the majority Democrats on the Human Services Committee, by a vote of 8 to 6, have voted out of the House Human Services Committee, HB6073 – The Birth Certificate Sex Designation bill. The bill awaits a second reading in the House. After third reading, the Democrat-controlled Illinois House can vote for passage. This bill permits gender dysphoric persons (who identify with the other sex, not their sex at birth) to change the sex designation on their birth certificates. Neither hormone therapy nor surgery are necessary, just a declaration by a physician or psychologist stating that a person has undergone some type of “treatment.”

A common sense bipartisan bill, that stipulates school children should use the bathroom and shower facilities that correspond to their biological sex, HB4474, known as the Pupil Physical Privacy Act, was kept in your committee, effectively killed. That sensible bill permitted gender dysphoric children to use a separate bathroom or shower facility.

Last December, Palatine Township High School District 211 school board voted to allow a student, who was born male but identifies as female, to use the girls' locker room. The vote followed notice by the U.S. Department of Education Office of Civil Rights, that District 211 would loses its federal funding, if it did not allow the male student access to the facilities for girls. The student is registered as a female student and is undergoing hormonal treatment, but has not undergone any sex-change surgery.

The unnamed student is represented by the ACLU. John Knight, director of the LGBT and AIDS Project at ACLU of Illinois, told the Chicago Tribune that showering in a different place is “blatant discrimination.”

The Democrat Party is apparently looking for votes from the LGBTQ community. One might ask what is spurring the urgent need for persons to change a legal document rarely accessed after a person graduates from high school. Do employers ask for birth certificates? Has there been a run on requests for birth certificates by employers wondering whether the hottie in HR was born female or is actually male? Shouldn't the Illinois General Assembly refuse to pass another bill until it has passed the 2016 state budget? People are leaving Illinois in droves, and you see the need for this bill?

Representative Wallace and Democrats on the Human Services Committee, no one is “buying” your logic that men changing their birth certificates and using women's bathrooms is the civil rights issue of the day. Hundreds of supposed “transgender” men have sought access to women's bathrooms to take pictures, or worse, to molest or rape women and girls. As legislators, up for re-election November 8th, you should have more respect for the Judeo-Christian principles that have made America a beacon of light in a dark world. Illinois Family Action will lobby legislators April 20th, with the help of concerned Illinois citizens.