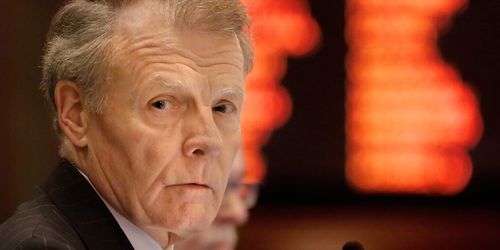 SPRINGFIELD – The bill that House Speaker Mike Madigan passed last Wednesday while thousands of AFSCME workers rallied on the streets outside the Capitol fell short of the 71 votes needed to override Governor Rauner's veto today.

Democrat State Rep. Jack Franks of McHenry voted "Present" and Chicago's Scott Drury voted "No" with the Republican caucus, denying the votes needed. While Rep. Ken Dunkin (D-Chicago) is recorded as voting "Yes," on the official roll call, he stood on the floor after the vote saying he intended to vote "No" and someone voted "Yes" for him.

The Senate Democrats would have easily overridden the veto, and the only obstacle was the Democrats Speaker Madigan consistently cannot whip effectively.

HB 580 was unprecedented and unaffordable, and simply another attempt by the Majority Party in the legislature to insert themselves into the contract process and put hard working families in Illinois on the hook for a $3 billion tax hike.

The Governor thanks those members who took the pro-taxpayer position today, and believes it is now time to move forward and find compromise on a balanced budget with structural reforms that will put our state on the path to prosperity.

HB 580 "would have allowed government-worker unions to unilaterally take contract negotiations out of Rauner’s hands and delegate decisions worth billions of dollars to a panel of unelected, third-party arbitrators who are not accountable to taxpayers," Illinois Policy Institute reported after the vote.

"This legislation has been a critical component in the battle between Rauner and the American Federation of State, County and Municipal Employees, which has made contract demands that would cost Illinois taxpayers an extra $3 billion over the next four years. Despite having signed a tolling agreement with the governor in September 2015 – which is still in effect – outlining a procedure to resolve contract disputes and promising to negotiate in good faith, AFSCME pushed for this unfair bill, which would have allowed the union to circumvent that very agreement. HB 580’s failure means the agreed-to process can continue," IPI said. 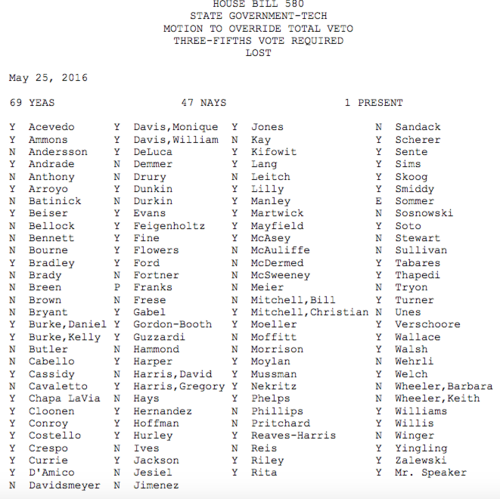