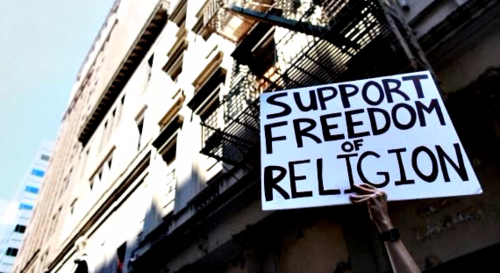 “Not having a social issues agenda means vetoing a bill that would both redefine the meaning of religious freedom and expand the business of abortion.” – Jon Schweppe

Jon Schweppe, an Illinois native and communications director at American Principles Project, wrote in a piece at The Pulse 2016 that Rauner should veto SB 1564 to keep his campaign promise to have "no social issues agenda."

Schweppe continued, “The Democrats in Springfield, who are attempting to redefine the very definition of religious freedom in order to expand the business of abortion, are the ones guilty of pushing a social issues agenda.

“It’s a garbage bill, Governor. Please do the right thing and send it to the recycling bin. Pro-life and pro-religious freedom Illinoisans won’t forget it.”

Schweppe's entire piece can be read at The Pulse 2016 here.

To schedule an interview with someone at American Principles Project, please contact Jon Schweppe at (o) 202-503-2010, (c) 202-853-1524 or jschweppe@americanprinciplesproject.org.

American Principles Project is a 501(c)(4) organization that believes human dignity should be at the heart of public policy.