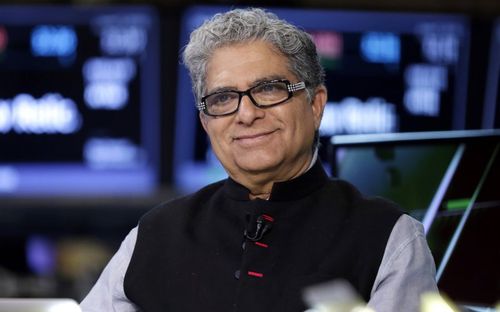 “I would never say this unless I believed it was 100 percent true, but he represents the racist, the bigot, the one who’s prejudiced, the one who is full of fear and hatred, the one who represents emotional retardation of a 3-year old,” he said Tuesday. “And yet he’s so popular because he’s given permission to our collective psyche to express their darkest demons.

“He’s full of fear. He is angry. He has a lot of hatred. He pouts, he’s belligerent, he’s emotionally retarded,” Chopra said.

“Deepak Chopra’s comments are beyond the bounds and he should immediately publicly apologize to American society and to Mr. Trump for these inappropriate and hurtful comments,” said Jay Ruderman, President of the Ruderman Family Foundation.

“These comments are a slur that have the impact on people with disabilities and their families that any other slur directed at someone’s race, religion, or sexual orientation would have on their respective communities. The Foundation has criticized Mr. Trump in the past for his inappropriate mocking of a reporter with a disability. We only see it fair to speak up when someone is inappropriately disparaging Mr. Trump.”

“In the U.S. we are currently going through a super charged political season where emotions are running extremely high. While people can and should have very strong views about the future of our country, it is never acceptable to criticize anyone by describing them with a real life disability which millions of Americans have,” added Ruderman.