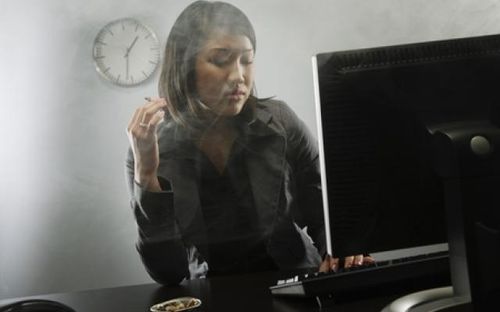 SPRINGFIELD – Anyone in Illinois suffering from PTSD or a terminal illness will be able to legally acquire federally-banned marijuana if Governor Rauner signs into law a bill that passed the Illinois legislature before the end of session. That would make 37 different conditions on the list of pot-treatable conditions in Illinois to be the highest in the nation.

SB 10, sponsored by State Rep. Lou Lang (D-Chicago – the medical pot lobbyists' "go-to" lawmaker – is delighted with the law's progress and fully expects the governor to sign the measure into law.

“Governor Rauner and House Minority Leader Jim Durkin deserve credit for their willingness and commitment to reform and extend Illinois’ medical marijuana program,” Lang said in a statement provided to the pro-pot blog Medicine Jane last week. “I want to thank them for their cooperation to find a bi-partisan legislative compromise on improving a program designed to ease the pain and suffering of seriously ill individuals, including children."

The bill not only makes Illinois the state with the most conditions for which medical pot can be legally obtained, it expands the Medical Cannabis program to ease pressure on doctors not so eager to have their practices associated with recommending medical pot. Instead, doctors will now simply need to certify a doctor-patient relationship and that the patient suffers from one of the qualifying conditions.

State Rep. Jeanne Ives (R-Wheaton), a West Point graduate and Army veteran, said on the House floor that she opposed the expansion of the medical pot pilot program to treat PTSD.

"I'm very concerned about PTSD, and I serve on an advisory committee about veteran suicides," she told Illinois Review. "But medical pot isn't considered as a remedy for PTSD by the committee. SB 10 goes in the wrong direction and it expands the pilot program."

Amond the 87 "Yes" House votes, a surprising 27 Republican House members agreed with House Minority Leader Jim Durkin and a majority of the House Democrats to support expanding the pilot program.

Senate Bill 10 includes "making patient and caregiver identification cards valid for three years instead of one, eliminating a fingerprint requirement for patients and caregivers renewing their registration cards, and allowing minor patients to have two registered caregivers. In addition, a new procedure for patients to petition the state to consider new qualifying conditions will be established," Medical Jane writes.

Employers are being placed in quandaries as they determine how to handle employees they discover are showing high levels of marijuana in their systems. When employers say their conditions are being treated with medical pot, employers are faced with either placing colleagues in unsafe conditions, not enforcing work rules and possibly being sued for discrimination.

And if an employee were to be hurt while at the job, but showing levels of medical marijuana in their systems, employers are faced with possibly even higher expenses associated with workmen's compensation cases.

Case law in California and Oregon has determined that a private employer may still terminate an employee for failing a company drug test, even if that employee is authorized under state law to use cannabis medicinally.  Most states – including Illinois – however, have not reached a legal consensus on this issue.

Governor Rauner has 60 days to sign the legislation or to veto it. The House vote, 86 to 27. By Illinois ReviewIn another blow to Illinois Gov. JB...
Previous article
Illinois Democrats quiz “Who said it, Trump or Kirk?”
Next article
Rhoads: Buckle Up for a Wild Ride