Motley: The Incompetent, Pathetically Slow Government Has Placed Itself Between You and the Economy 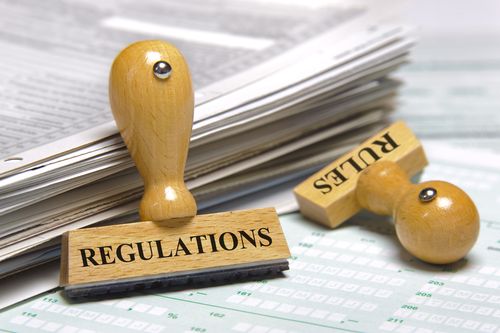 Behold “Mother May I?” government. Where the private sector can’t do a thing, make a move, invent or innovate – until after the incompetent, pathetically slow government finally gets around to granting permission to do so.  If we’re lucky – more likely than not, they’ll say Nay.

This is why our economic growth has remained stifled and stunted.  President Barack Obama will be the first chief executive in our nation’s history to never, ever have a year of even 3.0% Gross Domestic Product (GDP) growth.  (By contrast, Ronald Reagan – who inherited a far worse economy than did Obama – AVERAGED 3.5% GDP growth.)

The terrible laws passed by President Obama and his Democrat-majority Congress are bad enough.  Obamacare has basically outlawed full-time employment.  Dodd-Frank didn’t shrink too-big-too-fail banks – it suffocated and shut down thousands of the small banks we all say we want. Leaving us with just the banking monsters with which to deal.

Which is a lesson of too much government – the monster companies are the only ones who can afford it. It’s the little guys who get crushed under the Leviathan’s weight.

The American people found revolting these Democrat laws – and elected first a Republican House and then a Republican Senate to stop them.  Did that cause President Obama even to pause?  Of course not.  His instead became the Unilateral Fiat Administration.

Blocked by the American people (via the Congress we elected), President Obama’s Executive Branch turned to executing sweeping power grabs – unprecedented in both size and number (20,642 – so far).  While their awful laws are killing the likes of the health care and banking sectors, regulations are killing industries like coal.

Compliance with just federal regulations – just last year – cost us $1.9 trillion.  And regulations are pernicious in ways laws aren’t.  We have the Constitution-protected “right…to petition the Government for a redress of grievances.”  Which is much easier to do with an elected Congress.  We are all-but-powerless when unelected bureaucrats impersonate Congress – and write laws disguised as regulations.

The HUGE grab was the FCC unilaterally rewriting the law determining how the Internet is regulated.  Gone was the light-touch regulatory approach emplaced by Congress via its 1996 Telecommunications Act.  You know, the one that allowed the Internet to grow faster than nigh anything in human history.  To in two decades go from next-to-nothing – to the free speech-free market Xanadu at which we marvel daily.

The Internet was anything but broken.  Obama’s FCC insisted on “fixing” it.  By imposing 1934 landline telephone laws and regulations – written a half century before anyone knew what an Internet was.  The FCC executed this authoritarian, bizarre, time-warp grab – because the FCC has dramatically more regulatory (and taxing) authority over landline telephones than they do the Web.  They did it – to unleash their avalanche of subsequent power grabs.

Behold: “Zero rating.”  An Internet wrinkle – which really isn’t even new or different.  “Zero rating” is Internet providing companies allowing you unlimited access to websites – without it counting against your data cap.  This is the Web equivalent of pre-paid postage and toll-free phone numbers – nothing new or different.

But the anti-capitalism Left screeches that “zero rating” is <gasp> a Net Neutrality violation.  (Yet another example of these Leftist “consumer groups” – being anti-consumer and pro-government.)

The FCC imposed Net Neutrality in February 2015.  Yet in June 2016, we STILL are getting headlines like this:

Sixteen months into the Net Neutrality regime advocates spent a decade-plus saying was imminently, vitally important – and the government STILL hasn’t decided whether or not to grant us permission to engage in this mundane economic practice.

So the entire Internet economy waits, and waits, and stagnates, and….  In a holding pattern over LaGuardia while we wait for incompetent, pathetically slow government to get its act together and make a decision – on whether or not Internet providers can do what phone companies and snail mailers have done for decades.

But when it comes to economy-killing, government-expanding power grabs – the ends justify any means necessary.

And they did it.  We’re still stuck with the likes of Obamacare, Dodd-Frank – and Net Neutrality.

And the private sector sinks further beneath the regulatory waves.

Seton Motley is the founder and president of Less Government.  Please feel free to follow him on Twitter (@SetonMotley) and Facebook.  It’s his kind of stalking.