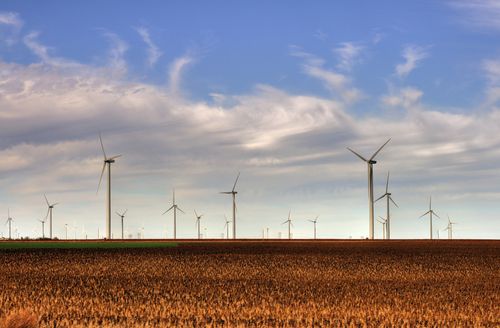 Although partisan battles in the General Assembly have dominated headlines in the last week, I was proud to lead a bipartisan effort in the House of Representatives to quietly ensure that rural Illinois communities continue to receive tens of millions of dollars in tax revenue from wind farms. The bill, SB 2612, accomplished what has become a rarity in Springfield these days: it passed both chambers unanimously.

I was chief House sponsor of the bill, which will extends a law governing the amount of property taxes that wind farms pay to Illinois communities. The law is scheduled to expire at the end of 2016, and SB 2612 extends it another five years. This means rural areas will have a guaranteed revenue stream into the next decade. Updating the tax code may seem mundane, but wind projects have proven a vital source of revenue for towns in my district, and it’s critical for balancing their budgets that they continue receiving the revenue they are expecting.

My district is home to a diverse mix of energy sources, including 462 megawatts of wind generation. Each megawatt of wind pays between $8,000 and $13,000 in annual local taxes. This amounts to millions of dollars in revenue for Lee, DeKalb, and LaSalle counties. Statewide, Illinois’ existing wind projects provide over $28 million in annual property tax revenue for rural communities, according to a study by Illinois State University.

These tax payments provide funding for important local services such as schools, hospitals, and roads. And with the wind industry becoming a mainstay of Illinois’ economy and an important source of job creation, it is absolutely imperative that the state continues to enact stable tax policy to support the growth of the renewable energy sector.

These benefits are why the bill enjoys support from the wind industry, county officials, Illinois Farm Bureau, and even wind project opponents. This bill is a win-win for everyone in the state, and having consistent tax policy is an important part of growing stable and thriving businesses.

With the help of Senate sponsor Dave Koehler (D-Peoria) the passage of this bill demonstrates that bipartisanship is still possible in Springfield.  Governor Rauner will soon receive this bill on his desk, and I urge him to sign it immediately. By extending the sunset provision, the Governor can ensure that rural communities will continue to benefit from these funds for years to come.