Roskam: I will do everything in my power to stop Boeing’s deal with Iran 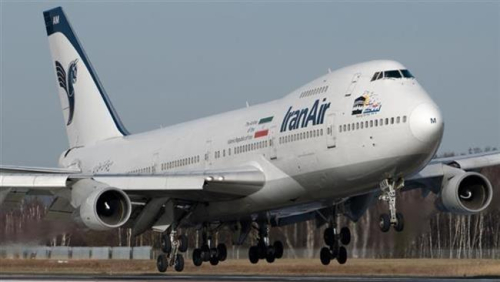 Last Thursday night, an Airbus A300 aircraft belonging to Iran Air took off from an airfield in southwestern Iran. The commercial jet left Abadan, a logistical hub for the Islamic Revolutionary Guard Corps, and headed for Syria. There is no regularly scheduled service between Abadan and Damascus, though many such flights have taken place in recent weeks and months.

These planes are not ferrying tourists to and from the war-torn nation. The Iranian regime is using commercial airlines to send troops, weapons, missiles and cash to assist the Syrian dictator Bashar Assad in his slaughter of innocents; 400,000 have been killed so far.

Iran Air was sanctioned by the Treasury Department for this exact reason in 2011. It was only delisted in January as a concession in the nuclear deal. Since that deal Iran has not changed its behavior, though some Western companies have.

In January, European airplane manufacturer Airbus reached a preliminary deal to sell planes to Iran Air. It did not take long for Boeing to follow suit.

I have been closely following these companies’ ongoing negotiations with the Iranian regime over the past few months. I have urged them both, privately and publicly, not to weaponize the mullahs. Boeing says it must go wherever Airbus goes. But history is a merciless disciplinarian to those who make themselves complicit in evil because “someone else was doing it.”

The Islamic Republic of Iran is the world’s foremost state sponsor of terrorism. It systematically uses commercial aircraft to sow the seeds of death and destruction around the globe. Iran’s terror proxies have killed and wounded thousands of Americans troops in Iraq and Afghanistan. They’ve murdered civilians from Beirut to Buenos Aires.

The Boeing Co. is an iconic American brand, the global leader in aerospace and aviation technology. The company creates thousands of jobs in my home state of Illinois and re­inforces Chicago’s standing as a leading hub for technology and innovation.

But the decision to sell militarily-fungible products to terrorism’s central supplier is just plain wrong. I will do everything in my power to stop it.