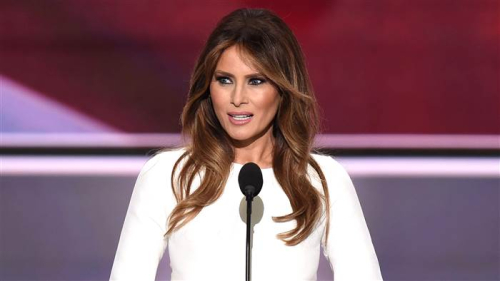 CLEVELAND – Is Jack Ryan's former campaign manager in trouble again? Well if one's head is being called for on a stake, that's usually means trouble's on the way.

Tuesday morning from Cleveland, Chicago Tribune's columnist John Kass called for a pretty bloody scenario as the response to Melania Trump's speech having 26 of 28 words in a paragraph identical to Michelle Obama's speech in 2008. (And those words have been traced back to Saul Alinsky.)

The smart thing to do would be to present the metaphoric head of Melania Trump's speechwriter to the media. Make it a "Game of Thrones" moment.

Just put it on a spike outside the Republican convention hall, let CNN and others jeer at the gaping face and sightless eyes, and leave it to the crows.

That someone would likely be the newly-hired Trump campaign's communications director, Jason Miller, who managed Jack Ryan's failed campaign twelve years ago. You know – the race where Alan Keyes came in and then lost to Barack Obama?

Jason Miller's name is attached to the statement that came out late Monday night after the controversy erupted when the Clinton campaign pointed out the speech similarities.

"In writing her beautiful speech, Melania's team of writers took notes on her life’s inspirations, and in some instances included fragments that reflected her own thinking. Melania’s immigrant experience and love for America shone through in her speech, which made it such a success.”

The whole flak is over the words in Melania Trump's speech Monday night:

From a young age, my parents impressed on me the values that you work hard for what you want in life; that your word is your bond and you do what you say and keep your promise; that you treat people with respect.'

Compare to Michelle Obama's speech in 2008:

Barack and I were raised with so many of the same values: that you work hard for what you want in life; that your word is your bond and you do what you say you're going to do; that you treat people with dignity and respect.

Trump said on the Today Show Tuesday morning that she wrote most of the speech, and said the similarity was a coincidence.

One would think that in order to make the point Kass thinks the Trump campaign should make about his administration and what he'd do if something as embarrassing happened while he was president, it may very well be Jason Miller's head on that stake.

Ask Corey Lewandowski, who Trump fired earlier this year. Even he said Tuesday morning that the "staff should be held accountable."