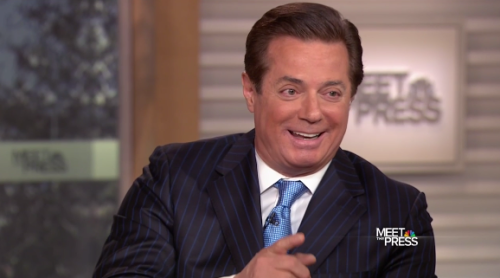 CLEVELAND - "So now do you finally accept the fact that the ‘Never Trump’ is nevermore?" Paul Manafort, Trump's campaign manager asked in a telephone interview with the Washington Post as he was driven back to his apartment. "Period. End of sentence."

The Republicans that worked to overturn 14 million GOP primary voters' pick failed Thursday night in Cleveland, and Manafort explained his take on what happened to the Washington Post:

First of all, the fairness of the argument was persuasive to people. Secondly, we have a machine, a political organization that we’ve been telling you about. And three, to those people who were not part of 'Never Trump,' they realized the race was over. And to try and change the rules now would destroy the party. It was a combination of people who were for Trump, people who care about the party and people who were persuaded by the moral argument as well.

It never had any credibility and there was never going to be anything to carry the floor. You saw the arguments being made. It wasn’t persuasive, it was desperation, it was meanness, people trying to break the system. It just wasn’t going to be credible.

This convention is going to be a unifying convention. You’re going to see over the next five days the party coming together. I’m talking about on the convention floor, at the podium, and the distraction of the rules fight and the platform fight were just distractions. They were never threats.

If you look back at this week, the platform hearings and now the rules hearings, we had a very good week. We have a platform that has Trump’s campaign positions all over it. and you’ve got the rules that were adopted that did two things. One, it took out Never Trump but it also will be calling for a commission to be formed to discuss the issues Trump talked about in the primaries. From our standpoint, this was not the time to tinker with the rules, but after he’s president – based on the commission that’s formed – we’ll deal with an investigation and figure out how best to make the system fairer and more transparent.

More of the interview with Manafort HERE.