Thorner: The Truth About GMO Crops 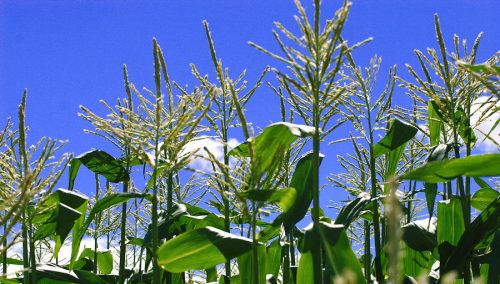 Under the assumption that your table is set with genetically modified foods, what does that mean, and should you be concerned for your health? On Wednesday, June 29, The Heartland Institute featured Julie Kelly, who has become one of the leading, non-scientists raising her voice in the sometimes contentious debate over the safety of this nation’s food system regarding GMOs.

Julie Kelly refers to herself as an “accidental activist.” Originally a stay-at-home mom with a background in political consulting, Kelly’s love for food led her to teaching cooking classes — which led her become displeased with how the food movement, usually on the left, was telling us what we should eat and shouldn’t eat.

Kelly gained national prominence after the Wall Street Journal in October 2014 published her op-ed that exposed the political activism of one of Americas most well-known celebrity chefs, Top Chef’s Tom Colicchio. That moment launched her into a food fight of words — from GMOs, to the national school lunch program, to the national dietary guidelines. Since Kelly’s first WSJ op-ed, she has had four more published. Julie is also a featured contributor to both National Review Online and the Genetic Literary Project, a scientific-based website.

Guided by research, Kelly has become a staunch defender of American agriculture and biotechnology to improve the world’s food supply — fostered, in part, by her concern about the food her daughters were consuming, and to improve her cooking classes. As Kelly described the GMO controversy: It is not a science or an agricultural issue, but more of a political issue as dictated by environmental groups.

Everything we eat has been modified over a period of time. None of our food is “natural,” not even kale, which is genetically derived from broccoli, cauliflower, and brussel sprouts. Specifically, a genetically modified (GM) is a plant developed through a process in which a copy of a desired gene or section of genetic material from one plant or organism is placed in another plant. The only GMOs commercially available in the U.S. are the following nine crops: soybeans, corn (field and sweet), papaya, potato, canola, cotton, alfalfa, summer squash, and sugar beets. (Sugar is the same whether it comes from cane or beets. The molecule doesn’t change. One half of the sugar we use comes from beets.) Kelly noted that the Hershey chocolate company is getting rid of GMO sugar from sugar beets to make the claim that its products are GMO free. Why? Because sugar beet farming is 100 percent GMO farming.

Kelly acknowledged that within the last year a new promising form of gene-editing tool has been developed known as CRISPR/Cas9, which doesn't involve using genes from other plant species. Instead, modification is achieved through the precise editing of an organism’s native genome. Food produced this way falls under the catgory of genome-edited crops(GECs). Some believe that genome editing is a more efficient and precise method of manipulating genes than the conventional GMO breeding methods we have used for millennia.

Now that we know what GMOs are, why were the nine GMO commercially crops available in the U.S. created in the first place? It might surprise many to know that GMO crops were created to achieve a desired trait in order to better meet a customer’s needs. It is amazing what is happening in agriculture. Mitch Daniels is a great defender of GMOs. Consider the following to judge the value of GMO crops to the farmer through the use of genetically engineered seeds:

Transition from no prejudice to embracing safety of GMOs

Julie Kelly started her writing career without any prejudice at all — that is, until she observed the global battle over golden rice. This rice contains beta-carotene which helps fight Vitamin A deficiency in children and pregnant women. A battle also exists over the Vitamin A enriched sweet potato. Millions of pre-age school children around the world go blind for lack of Vitamin A. While there is no concern any longer in America about children not getting enough Vitamin A, why should Vitamin A be denied to children who desperately need it in countries like Africa?

Julie has unconditionally come to believe that GMOs are perfectly safe to consume. Her stance is supported by numerous scientific organizations. An exhaustive report from the National Academies of Sciences released on May 17, 2016, reports that genetically engineered crops are safe for humans and animals to eat, and have not caused increases in cancer, obesity, gastrointestinal illnesses, kidney disease, autism or allergies. Consider also a letter signed by more than 100 scientists asking Greenpeace to end its smear campaign against GMOs: “We urge Greenpeace and their followers to examine the experience of farmers and consumers worldwide with food and crops improved through biotechnology, recognize the findings of relevant scientific bodies and regulatory agencies, and abandon its campaign against 'genetically modified organisms' in general and particularly against golden rice.”

As to why GMOs are maligned as being unsafe to consume, Julie attributes opposition to wealthy individuals and environmental organizations, such as Greenpeace, who exploit mothers by convincing them that the food system is broken and expensive organic foods is the way to go. Fortunes have been made through exploitation of the truth.

Much of the opposition to consuming GMO crops has its basis in herbicides, specifically Roundup, a common commercial and industrial weed killer. Through genetic engineering, “Roundup Ready” crops have been developed to permit direct, “over the top” application of the Monsanto herbicide glyphosate found in Roundup to kill nearby weeds without killing the crops

Test have shown that Roundup can be safely used and does not cause cancer — and, besides, it is not sprayed all over the crops close to harvest. After all, farmers and their children eat their own food without concern. These facts don’t deter the fear mongers, however. The Internet is awash in articles condemning the use of Roundup.

What about the push toward labeling food?

Don’t people have a right to know what is going into their food? Of course. But what if GMO labeling mandates have nothing to do with health, nutrition, or safety? Vermont was the first state to require labeling of any food containing GMO — with the exceptions of beer and cheese. Think about why that is, Kelly said.

There is also currently a move in the U.S. Senate to pass a GMO labeling bill, but a national solution will be difficult to achieve both consumer-wise and politically. The bill proposed by Sens. Pat Roberts, R-Kan. and Debbie Stabenow, D-Mich. would allow food companies to choose between disclosing GMO status on the packages, on a QR code, or a call-in line — and it would also preempt state-level laws, such as Vermont’s. Labels would be required for a product “that contains genetic material,” which would exempt many ingredients derived from GMO crops that no longer contain “genetic material” after being processed. Julie stands squarely against the Senate bill.