Berg: Some workers are more equal than others 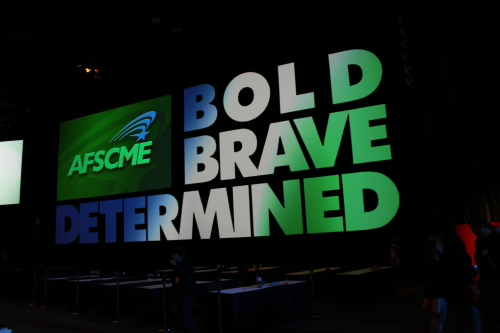 For more than a century, Americans have celebrated Labor Day as a tribute to the accomplishments of working men and women.

Single moms who hold down two jobs to pay for college coursework. Small-business owners who take a pay cut before a single worker gets an untimely check. Teenagers learning lifelong lessons in the most mundane tasks.

But Illinois’ largest government-worker union doesn’t care about working Illinoisans. Not the vast majority of them, anyway.

On the eve of this past three-day weekend, one of the state’s largest labor disputes in recent history hit a mile marker. An administrative law judge issued a 404-page decision. She held that state negotiations with AFSCME have reached an impasse.

The judge ruled that bargaining talks – composed of 67 days of meetings and over 300 different proposals – have come to a grinding halt on some issues but not others.

Wages and health care benefits: No.

None of this will be sorted out before more mind-numbing rounds of legal proceedings take place. But one thing has been made abundantly clear throughout this bitter battle: AFSCME has no interest in the concerns of the average worker.

The union’s contract with the state expired June 30, 2015. The 35,000 workers the union represents have been in limbo since then, as their union demands an absurd contract that only further exemplifies how AFSCME’s rhetoric of protecting the middle class is nothing but talk.

Illinois’ middle class is reeling. But the .05 percent of the state’s workforce represented by AFSCME is doing just fine.

From 2005 to 2014, AFSCME worker salaries grew 5 times faster than Illinois workers’ earnings. They are now the highest paid state workers in the nation when adjusting for cost of living.

It’s not all about the money. Just look at the perks in the expired contract: Up to 25 paid vacation days, 13 paid holidays, overtime pay after 7.5 hours of work and more.

Take Labor Day, for example. The expired contract deems it somewhat of a “super holiday.” If an AFSCME employee works that day, he receives 2.5 times his normal pay – in cash. On most other holidays, AFSCME members receive double time in cash.

And the state worker who may have enjoyed the Labor Day weekend a little too much can rest easy knowing a late arrival on Tuesday morning will go unpunished.

His contract states there "should be no general policy of docking for late arrival." So he gets paid for tardiness. And if tasks happen to pile up during his absence, he still gets overtime pay for any make-up work beyond his normal 7.5-hour shift.

Forget, if you can, late arrival. The contract also says he’ll get nothing more than a warning for his first 10 unauthorized absences. For the 11th time he doesn’t show up to work, he’ll get a five-day suspension.

Who pays for all this? AFSCME hates that question.

When reasonable people respond with the correct answer – “taxpayers” – union apologists retreat to a ridiculous refrain.

But size matters. And 99.95 percent of Illinois workers are picking up the tab for the otherworldly demands of the union representing the remaining 0.05 percent. Consider this: Kowtowing to AFSCME’s most recent proposals would cost taxpayers an additional $3 billion over the life of the contract.

There’s a difference between taking a paycheck from state government and earning one’s keep in the private sector.

Here’s one: One of those groups isn’t getting platinum-level health insurance at bronze-level prices. State workers do. And many receive free retiree health care for life. Those benefits cost taxpayers almost $15,000 per AFSCME worker every year.

State workers aren’t to blame for this mess. But their chief representative has gone off the rails. The state has reached agreements with 18 other unions in the past year, instituting reforms such as wage freezes and merit pay. Those unions recognized the hardships most other Illinoisans endure.

AFSCME stares unflinchingly at a sputtering state, asking for more.