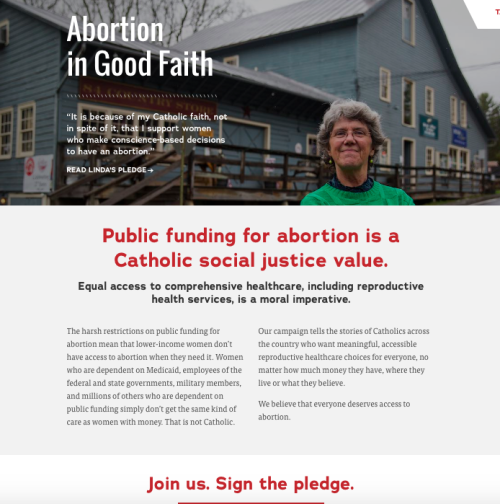 CHICAGO – An ad placed by "Catholics for Choice" in Monday's Chicago Sun-Times and 19 other news sources nationwide calling for taxpayer funding of abortion drew fire from the Chicago Archdiocese and Catholic leaders in the pro-life movement.

The ad launched a nationwide petition campaign the group is calling "Abortion in Good Faith," saying "Our campaign tells the stories of Catholics across the country who want meaningful, accessible reproductive healthcare choices for everyone, no matter how much money they have, where they live or what they believe. We believe hat everyone deserves access to abortion."

Catholics for Choice is not affiliated with the Catholic Church, and the ad was "deceptive," New York Cardinal Timothy Dolan said Wednesday.

"CFC's extreme ads promote abortion as if it were a social good. But abortion kills the most defenseless among us, harms women, and tears at the heart of families," Dolan said. "Pushing for public funding would force all taxpaying Americans to be complicit in the violence of abortion and an industry that puts profit above the well-being of women and children."

But the ban on public funding is the single most detrimental policy to women’s access to abortion in the US, said Jon O’Brien, president of Catholics for Choice.

“We are tired of this grave injustice and our campaign lifts up the voices of Catholics who want this policy to change,” she said.

Currently, the Hyde Amendment prohibits federal funding for Medicaid coverage of abortion services other than in a few narrow exceptions—pregnan­cies from rape or incest or that endanger the life of the woman. The Guttmacher Institute estimates that one in four women enrolled in the Medicaid program who wants to terminate a pregnancy can’t obtain an abortion because of the Hyde Amendment.

"This ad comes at a time when the Hyde Amendment is in danger of being repealed at the federal level.The Hyde Amendment protects taxpayer funds from being used for abortion, except in cases of rape and incest and life of the mother. The ad further advances the argument that, women are victims, and should be allowed to make the choice on whether or not to murder their unborn baby, and the taxpayer should be happy to foot the bill," Quirke said.