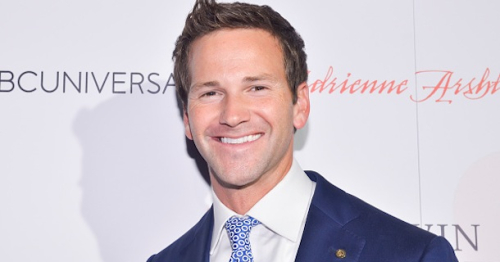 PEORIA – Thursday, a federal grand jury charged former Illinois Congressman Aaron Schock on 24 counts, including theft of government funds and lying in filings to the Federal Election Commission and the Internal Revenue Service.

"These charges allege that Mr. Schock deliberately and repeatedly violated federal law, to his personal and financial advantage. Mr. Schock held public office at the time of the alleged offenses, but public office does not exempt him or anyone else from accountability for alleged intentional misuse of public funds and campaign funds," said U.S. Attorney Jim Lewis, who filed the charges in U.S. Central District Court in Springfield.

The grand jury accuses Schock of using government and campaign funds for his personal use – and instructing his staff to construct phony invoices in order to cover personal expenses. Those expenses ranged from purchasing a $70,000 plus SUV to charter flights to sports event tickets and photography equipment. The jury says he also illegally used government funds to reimburse extravagant office renovations and furniture – including a $5000 chandelier in his D.C. office.

Schock and his attorney insist the misfilings were simply "honest mistakes."

"As I have said before, we might have made errors among a few of the thousands and thousands of financial transactions we conducted, but they were honest mistakes — no one intended to break any law," Schock said in a statement to the Associated Press.

Schock was first elected to the Illinois House as its youngest member ever in 2004, and ran for Congress to become the U.S. House's youngest member in 2008. He stepped out of office in March 2015, when he was notified he was being investigated by the feds.