Lawmakers call on Comptroller to continue “No Budget No Pay” policy 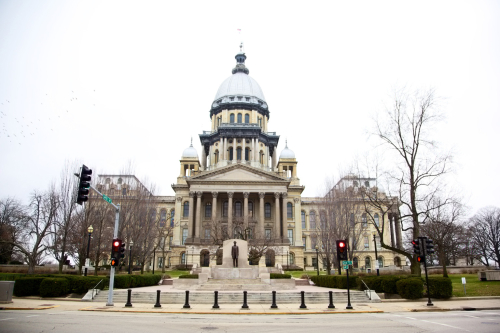 FRANKFORT – Wednesday, a group of sixteen House Republican legislators called on the new State Comptroller Susana Mendoza to maintain the "No Budget, No Pay" policy set into motion by her predecessor Leslie Munger. Munger used the comptroller bill paying priority option to withhold state lawmaker paychecks until they passed a state budget.

Twelve State Representatives and four State Senators sent a letter to Comptroller Mendoza today urging her to defend “No Budget No Pay” in the face of a lawsuit filed by six House Democrat legislators on December 2 suing the Comptroller for delaying payment of their salaries.

“Social service providers and many others who rely upon the state to meet its financial obligations are being adversely impacted, to put it mildly, by the General Assembly’s failure to pass a comprehensive budget,” Rep. McDermed said. “We are calling on the new Comptroller to stand with us in support of the individuals and families whose lives are being irreparably harmed due to the lack of stability in our budget.”

“We do not believe that payment of legislator salaries should be prioritized over the funding of health care and social service providers or others enduring the long delay in state payments,” Rep. Batinick added. “The principle of “No Budget No Pay” should be kept in place; and the General Assembly should come together immediately to pass a responsible state budget in order to prevent further erosion of our social safety net and damage to our economy.” By James P. Economos, DDS, Opinion Contributor As you know,...
Previous article
How Mike Madigan becomes Speaker
Next article
Sen. Ben Sasse on the Heart of America and Its Founders