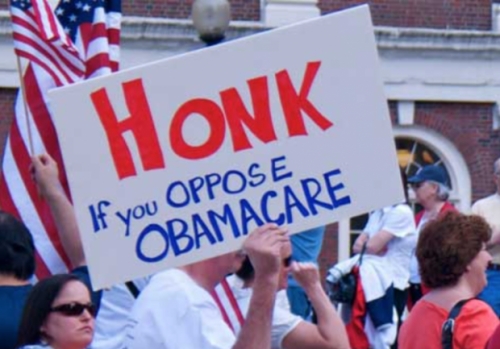 WASHINGTON DC – As a result of Obamacare’s design, the law’s insurance exchanges are collapsing and many health insurance companies are pulling out of the market. That’s bad news for patients who now have fewer choices when it comes to picking a health care plan that’s best for them and their families, a press release from the U.S. House Committee on the Budget said Wednesday.

"This lack of competition is making health care more expensive and less available for too many Americans," the Committee said. "It’s time to repeal Obamacare, give patients more choices, and increase competition to make coverage more affordable."

● Many of the nation’s largest insurance providers have been forced to withdraw from the Obamacare marketplace after losing billions of dollars, due to insurance regulations that distort the market, apply undue one-size-fits-all requirements, drive up costs, and deter people from purchasing plans.

● With such significant losses, insurers either have had to scale back their presence on the ACA’s exchanges or hike premiums to help make up lost revenue. Neither option is a good thing for Americans seeking health insurance.

● A number of insurers have decided to pull back from the marketplace completely, leaving many Americans with only one option from which to buy insurance:

The Trump Administration says on day one, they will ask Congress to immediately deliver a full repeal of Obamacare.

But that's not all the Trump Administration's wants.

"However, it is not enough to simply repeal this terrible legislation," the Trump website says. "We will work with Congress to make sure we have a series of reforms ready for implementation that follow free market principles and that will restore economic freedom and certainty to everyone in this country.

"By following free market principles and working together to create sound public policy that will broaden healthcare access, make healthcare more affordable and improve the quality of the care available to all Americans." (Trump Administration's website emphasis)