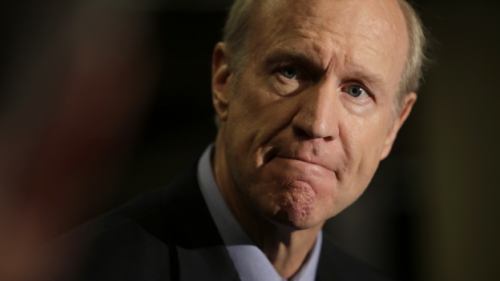 Governor Rauner is serious about forcing serious reform in the state's workers' compensation program, and he makes that clear in an op-ed published in Crain's this am.

While he mentions his narrowing concerns about term limits, more jobs, lower property taxes, better schools and real pension reform, he hones in on the workers comp reform as his apparent hill to die on. The heart of his argument:

A balanced approach to reform could save employers and expand job opportunities for Illinois residents. It would mean that all participants in the system—employers, workers, medical providers, insurers, lawyers and the Workers' Compensation Commission—bring savings to the system. There are many elements that can and should be included in a reform package.

The problem is that Democrat-backing trial lawyers thrive on workers' comp lawsuits and they like the system just as it is – and House Speaker Mike Madigan's decades-long power has always been partially funded by trial lawyers.

The governor spells out in the op-ed the details of why the changes should be made. The question is, will logic rule the day when negotiations over the state budget resume, and will Democrats decide to compromise – or does the governor's hill make the whole budget scenario impassable?