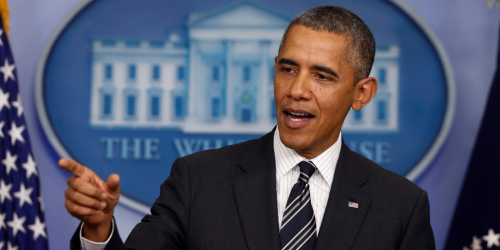 By Nancy Thorner and Ed Ingold -

If true, giving anti-aircraft missiles to the Syrian rebels is an act of utter stupidity on the part of Obama. How long before these missiles find their way to ISIS, Al Qaeda, or any number of hostile groups to shoot down our planes and airliners?

The fact is, there is no daylight between the "friendly" rebels in Syria and these other groups, merely geography and opportunity.

When the Russians moved into Aleppo, they discovered mass graves of people tortured and executed, in all likelihood by the rebels. The area in question was held by the rebels for several years, and denied to the Syrian government and the Russians. Assyrian Christians were able to celebrate Christmas for the first time in many years, claiming they were prevented as rebels became increasingly Islamist in their rule.

In all likelihood, Obama knows this but thinks the consequences will fall on the President-Elect. The best indication of this knowledge is his reluctance to come to the rebels' aid after Assad crossed Obama's "Red Line in the Sand.” There is not and never was a clear way to identify “friendly” rebels.

In his brief tenure, Jimmy Carter managed to alienate the Middle East by his interference in Iran. Obama has built on the Carter legacy in steroids. At least Carter had respect for Israel. Will American Jews see Obama's conspiracy with the U.N. as their "Red Line in the Sand" now that Obama has enabled the UN Security Council to vote for a resolution which urges Israel to end settlement activities in occupied territory?  This resolution will be difficult for Trump to reverse, because UN Security resolutions are considered law in some parts of the world.

In respects to Russia, Obama has recently upset Russia when he signed the NDAA on Friday, December 23, 2016.  The bill was passed by veto-proof majorities in both the House and the Senate earlier this month.  As in other recent years, the bill prohibits military cooperation between the United States and Russia until Russia has “ceased its occupation of Ukrainian territory and its aggressive activities that threaten the sovereignty and territorial integrity of Ukraine and members of the North Atlantic Treaty Organization.”  Foreign Ministry spokeswoman Maria Zakharova has concluded that the Authorization Act has been adopted by the outgoing Obama administration to create problems for the incoming Trump administration.

Another johnny-come-lately policy on December 20, 2016, of Obama's lame-duck presidency was to designate Atlantic and Arctic areas off-limits to offshore drilling.

There must be an effort to stop this lame-duck president before he can lay any more landmines in our foreign and domestic policy. Let there be a lantern in the steeple of the North Church.