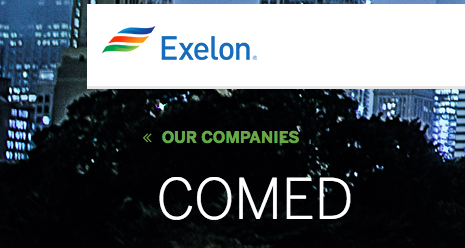 CHICAGO – Exelon has had a great week in Illinois – first, it nabbed a $5.3 billion state government subsidy over ten years to keep two Illinois nuclear plants operating and the day before, the Illinois Commerce Commission granted Exelon's ComEd a 5.07% rate hike with little notice.

Residential customers should expect a $2 monthly hike in addition to the 25 cent hike with the bailout, which will to show in January 2017's billing.

​​​ComEd’s 3.8 million customers are located in northern Illinois, including the Chicago metropolitan area. The service area extends to the Wisconsin border to the north, the Iowa border to the west, the Indiana bo​rder to the east, and Iroquois County to the south (roughly Interstate 80).