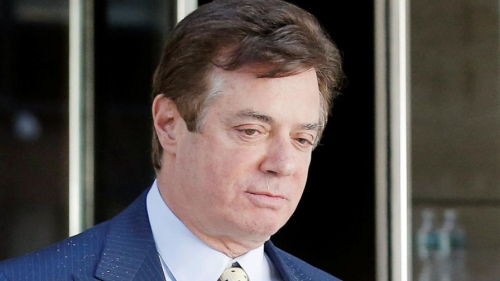 D.C. – Former Trump campaign chairman Paul Manafort turned himself in to federal authorities Monday morning. Speculation is that former FBI director Robert Muller hopes to use the indictments to squeeze information from him concerning the 2016 Trump campaign.

"Paul Manafort was a lobbyist for Putin-backed forces in Ukraine, and he allegedly covered it up by disguising payments and refusing to register as a foreign agent — which is required by law. Along the way, Manafort allegedly didn't pay taxes on this income. Manafort’s partner Gates is named in the indictment, too," the Washington Examiner reports.

However, the accusations stem from Manafort's dealings years before President Trump declared his interest in launching a campaign.

There’s a much simpler explanation, though: Paul Manafort was by all appearances a shady lobbyist with shady and lucrative Kremlin ties, and he may have covered up those Kremlin ties in illegal ways.

Manafort’s shadiness makes Trump look bad because Trump hired him during the campaign. But Manafort’s shadiness also means it’s less likely he’s being squeezed in pursuit of someone higher up — he may be being indicted simply because federal investigators think he broke the law in a significant and deliberate way.

If we're to assume anything from Manafort's and Trump's relationship, it's that Manafort wanted to peddle to the Russians his Trump access.