Thorner & O’Neil: When Media Becomes Part of the Problem 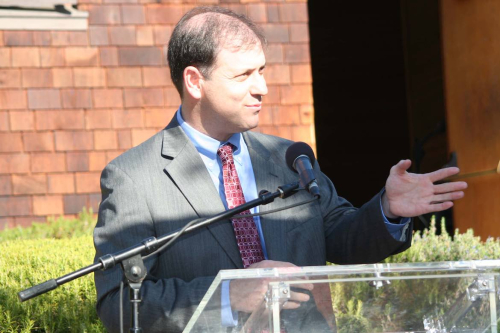 By Nancy Thorner and Bonnie O'Neil -

It should not be a surprise that Democrats are using every opportunity possible to criticize President Trump and members of his administration; this is what the opposition party often does. This can be beneficial to our country when it provides opposing viewpoints and forces both governing bodies to defend their positions by providing facts and examples. The public would like to think these elected men and woman who have altruistic motives and are equipped with logic, superior intelligence, and facts enabling them to make wise decisions.

However, we are reminded of this quote by H.L. Mencken:

"Under democracy one party always devotes its chief energies to trying to prove that the other party is unfit to rule – and both commonly succeed and are right."

Whether Mencken’s statement was “tongue-in-cheek” or not, his evaluation is probably truer than we would like to admit. That is why the public often turns to the media in the hope this source is unbiased, will seek all the facts, and provide an objective analysis of the day’s political news.  Is that happening in America today? Most Americans do not think so.

Americans once thought of media sources as objective with eyes and ears close to the issues of the day and thus positioned to analyze and provide the public with unbiased facts. We trusted them to respect their audience, without persuading them toward a specific opinion on issues. However, the media has evolved into being a very big business and as such depends upon advertisers, subscribers, and public opinion for its success. Thus, when the choice becomes profit over accuracy, profit wins most every time. Add to that the elements that attract subscribers, such as sensationalizing issues, stressing conflict, and throwing in fear tactics, all of which tend to grab people’s attention. Most media sources provide what their customers want, even if that requires some carefully crafted distortions or fake news reports. A growing number of media sources mislead through headlines that claim the exact opposite of information provided in the article. These sources have determined many of us are “headline readers” who form our opinions by a quick read of headlines, rarely the entire article.

The Existence of Media Bias

An interesting discussion is whether the media influences public opinion or if public opinion influences the media. We do know that for the past few decades a majority of American people no longer find most media sources fair and balanced.  Proof is in a 2016 study by Gallup which indicated only about 30% of Americans trust the media and only 14% of Republicans do so. The average, modern media source often spends more time trying to entertain and/or shock viewers, rather than provide irrefutable facts about important issues. The media pretends to be an objective, investigative source, but evidence indicates otherwise.  Intensive investigative type reporting in the style of Watergate is rare today.

Nobody disputes that media bias exists.  Consider the 2016 election and first year of Donald Trump’s presidency for proof of the sad deterioration of bi-partisan journalism today.  Attacks by various media sources against President Trump have been and continue to be unprecedented.  That is far different than the lack of scrutiny the media applied to Barack Obama.  Gone are the days when media sources fairly reported only facts, without cleverly inserting his/her specific political viewpoint. This is unfortunate because the intent of the media should be accuracy and fairness rather than using their position for partisan politicizing.

The difference in how specific media sources report news can be evidenced in their audiences.  For instance, most Conservatives trust FOX almost exclusively for their news, possibly because there are few other Conservative news sources available.  Some find this fact, only one main Conservative T.V. programming, quite “telling” and an important subject for discussion.  Most of the media leans to the Left by varying degrees, giving Liberals many choices and chances to be indoctrinated with one-sided information. The most popular sources are CNN, NPR, MSNB, and the New York Times.

According to surveys, only 52.8% of internet users believe information online is “reliable and accurate. That is why many have used sources like SNOPES to check a story’s accuracy.  However, while this site does investigate and provide facts for the public, they are not immune to receiving false information during their investigations.

A classic example of the difficulty in determining fact from fiction is seen regarding George Soros and varying reports about him in Germany during the Nazi years. It is becoming exceedingly difficult for the average person to discern fact from fiction even when an effort is made to do so.

Hollywood may be the most Liberal of all media sources and is unapologetic about influencing public opinion on specific issues, while at the same time critical of those with whom they disagree.  Madonna has been one of several such personalities making horrendous public statements against our President.  She tweeted: “I’m ashamed to be American.” Perhaps she missed the irony of how a majority of Americans find her comments shameful, such as wanting to blow up the White House after Trump’s election.  I suspect she was surprised when her hateful comments produced shock from the American public, because most of her Hollywood friends agree with her.  At a recent dinner event, each guest paid $5,000 to hear this woman disrespect President Trump and encouraged her with laughter.

Is there any possibility of correcting this polarization of media viewpoints?  The surprising answer may be yes!  Hope is possible as we consider the transformation experienced by former liberal, NPR CEO, Ken Stern, who recently made this amazing statement: “I left the Liberal bubble and learned to love the Right.”  How did this happen? He traveled around the Country attending Conservative events and talking with evangelicals.  He not only listened at Tea Party meetings, he heard what they were saying. Stern agreed with much of their reasoning and saw that their conclusions were credible.  To the dismay of his Liberal friends, Stern began to alter his previous views on controversial topics such as gun control.

Perhaps this is the answer to the polarization in American politics today. We all need to get out of our political “bubbles” whether a politician, a media source or citizen, so we can better understand all sides of controversial issues.  Perhaps every media source would do well to consider this quote from Carl Bernstein:

"The lowest form of popular culture - lack of information, misinformation, disinformation, and a contempt for the truth or the reality of most people's lives – has overrun real journalism. Today, ordinary Americans are being stuffed with garbage."

Bernstein should know, as he has been in the industry most of his life and is noted for being an excellent journalist and judge of people.