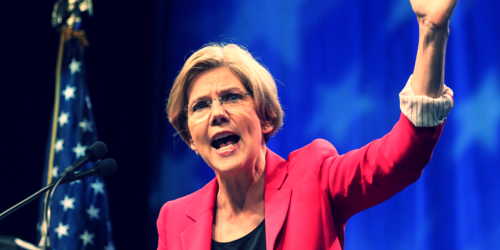 Not even waiting for all the facts, Democrats use suffering to push their anti-Liberty agenda.

The nation’s worst shooting massacre happened Sunday night in Las Vegas, where 59 people attending a country music concert were murdered and more than 500 wounded. Jason Aldean was performing when the assailant opened fire from his 32nd floor hotel room. This was a horrendous act of mass murder — what President Donald Trump correctly called “pure evil.” It’s a grim reminder that evil human beings will go to extreme measures to inflict pain and suffering on others.

As evil as this massacre was, gun controllers took to the microphone before any facts surrounding this atrocity were unveiled. Leftists immediately screamed about how their preferred policies would have prevented this tragedy without presenting any facts to back up their claim.

What follows is a litany of lies from many leftists using this tragedy to advance their agenda to strip Liberty from law-abiding citizens.