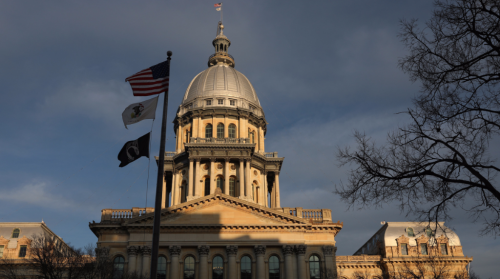 An opportunity for high-tax states. If the state and local income tax deduction (SALT) is eliminated—which tax reform plans currently before Congress do—taxpayers in high-tax states could face higher tax bills despite lower federal rates. Illinois is one of those high-tax states, and the solution, says the Illinois Policy Institute, is for state lawmakers to lower taxes:

Illinois is already experiencing capital flight. According to Internal Revenue Service data, Illinois is already losing higher-earning residents to out-migration. A consequence of these outflows of labor and capital is state tax revenues suffer as the tax base shrinks. This exodus has had disastrous effects on the state’s budget. Eliminating the SALT deduction would only make this trend worse – as the full effect of Illinois’ high state and local taxes is truly felt.

But if state lawmakers pre-empt the possible elimination of the SALT deduction with tax cuts that improve Illinois’ competitiveness relative to other states, the president’s plan can trigger large inflows of capital to Illinois that would grow the state’s economy.

Competitive tax cuts grow the tax base, raising additional public funds without further harm to the average household. As a result, government programs that help the less fortunate can be better funded in a more competitive low-tax regime.

Fiscal solvency is a symptom of tax competitiveness while insolvency – as in Illinois’ current fiscal state – indicates a lack thereof. The bulk of evidence suggests tax hikes shrink the tax base while tax cuts grow the tax base and improve economic conditions for everyone.