The State of Free Speech and Tolerance in America 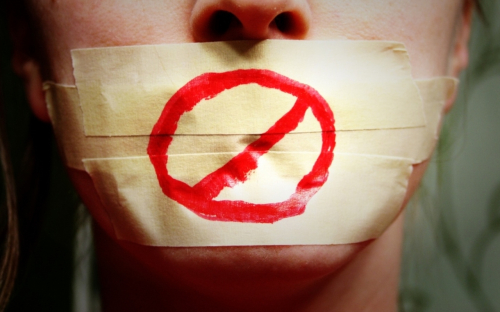 The state of free speech. From the Cato Institute’s recent survey, “The State of Free Speech and Tolerance in America,” by Emily Ekins, here are some striking findings:

However, black, Hispanic, and white Americans agree that free speech ensures the truth will ultimately prevail (68%, 70%, 66%). Majorities also agree that it would be difficult to ban hate speech since people can’t agree on what hate speech is (59%, 77%, 87%). […]

Most Americans (59%) say people should be allowed to express unpopular opinions in public, even those that are deeply offensive to other people. A substantial minority (40%), however, say government should prevent people from engaging in hate speech against certain groups in public. […]

Most Americans (75%) are aware that making racist statements in public is legal under the First Amendment. However, a substantial minority-24%-think hate speech is currently prohibited by law. […]

However, strong liberals stand out with a slim majority (51%) who say it’s moral to punch Nazis in the face. Only 21% of strong conservatives agree. […]

Millennials (42%) are nearly twice as likely as people over 55 (24%) to say violence is morally justified.

Nearly 6 in 10 liberals (59%) favor a law that would require people to refer to transgender persons by their preferred gender pronouns, not their biological sex. This is in sharp contrast to what Americans overall support. Nearly two-thirds (62%) oppose a law requiring people use certain pronouns for transgender people while 37% would support it. [Cato Institute]