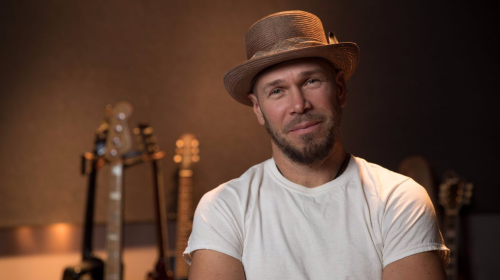 Wyoming law enforcement officers have been using pre-printed waivers to pressure motorists into forfeiting cash found in their vehicles. Those who sign the waivers give up the right to formal forfeiture proceedings.

But the Institute for Justice and Vox have shined a light on the practice, and in the process helped a Wisconsin man recover his life savings of $91,800. German Lopez reports:

Phil Parhamovich is getting his $91,800 in cash back — just hours after Vox broke the story of how the Wyoming Highway Patrol seized the money without charging him for a serious crime. […]

Parhamovich was stopped in March this year while traveling on the I-80 in Wyoming during a concert tour with his band, the Dirt Brothers. Parhamovich, who has no criminal record, was not accused of or charged with a serious crime; he only got a $25 ticket for improperly wearing his seat belt and a warning for “lane use.”

But Wyoming Highway Patrol officers found and eventually seized the $91,800 in cash, as it was hidden in a speaker cabinet — by getting Parhamovich, under what he claims was duress, to sign away his interest in the money through a waiver. According to Parhamovich, police pushed him to sign the waiver after he said the money was not his, following aggressive questioning that he said made him fear that carrying that much cash is illegal. (It is not.)

Parhamovich intends to use the money as a down payment to buy a music studio in Madison, Wisconsin, called Smart Studios, where Nirvana and the Smashing Pumpkins recorded songs. Without the cash, Parhamovich was worried that the deal for the studio could fall through after a nine-month lease expired. But now he’s able to move forward with closing the deal.

Parhamovich and Anya Bidwell, one of his attorneys with the Institute for Justice, showed up at a Friday court hearing not quite sure what to expect. They were met by legislators from Wyoming, who had read Vox’s story and reached out to the Institute for Justice to see what they could do to help. According to Bidwell and one of the state legislators who was present, the judge agreed that if Parhamovich was willing to testify that the money was his, he would order the state to give the money back. When Parhamovich agreed to that, the judge ruled in his favor. [Vox]

By Illinois ReviewIn a Facebook post on Tuesday, former...
Previous article
Thorner/O’Neil: The Time for Secrecy about Sexual Harassment is Over
Next article
When Will We Start Protecting Children From Classroom Abuse?