Thorner/O’Neil: The Time for Secrecy about Sexual Harassment is Over 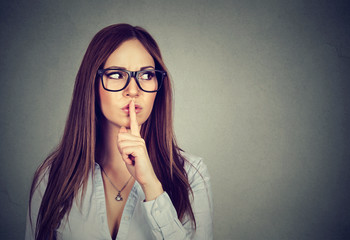 By Nancy Thorner and Bonnie O'Neil -

As more accusations of sexual abuse are revealed by mainstream media sources, it is proof this is far more common in the workplace, schools, and even Congress than thought.  Many of the offenders are well-known names, which has been a factor as to why it is suddenly being widely exposed.  While sexual harassment is not new, the recent amount of attention to this abuse is. Thus, it is an excellent time to explore the issue further and reach common sense solutions to help prevent occurrences from happening in the future.

While women should be fully protected from sexual harassment and/or retribution from exposing such occurrences, so should men be against a false and/or mistaken accusation made against them. It is essential for American leaders to study and discuss facts and possible ways to prevent all types of abuses in the future by defining what rises to the level of the legal definition of sexual harassment. The accusation alone, even if proven false, can ruin a man’s career and life.  Obviously, this issue needs to have very specific rules developed which must be clearly defined to protect both victims and the accused, whether in the workplace, college campuses, or in a variety of other public places.

Recent reports appear to reveal the more prominent and powerful a man, the more likely he is capable of this crime, and that absolutely includes politicians.  We were aware of all the accusations from a variety of women about former President Bill Clinton. Yet, these women’s serious allegations were largely dismissed and/or outright ignored by authorities and the media, until proof of Clinton’s behavior was provided by Monica Lewinsky’s blue dress.

However, Kathleen Willey, one of several women who claimed she was attacked and fondled in the Oval Office while a White House volunteer, was largely ignored. Juanita Broadrick’s claim that Bill Clinton raped her during his 1978 campaign for Arkansas governor was also met with a yawn.  These are just two of several women whose accusations against the former President were not given proper consideration.

The growing evidence of sexual abuse by powerful politicians indicates this group can no longer be ignored or condoned.  Consider the explosive information recently volunteered by Democrat leader Nancy Pelosi’s daughter, Christine Pelosi.  Her recent bold speech on the subject shocked the public, as she made exceedingly strong allegations that there are numerous predators and sex offenders within the current California State Congress, at least one of whom has been accused of rape.

Pelosi stated:  “We have a whisper network, you all know it.  Because what everybody here knows is we have rapists in this building. We have molesters among us.”  Her allegations were affirmed by a letter she produced, signed by 100 fellow California politicians confirming her statement  as accurate.

Pelosi exposed what many, if not most, in Sacramento political circles knew:  sexual harassment and abuse has been covered up far too long and she decided to expose it, even if most involved were fellow Democrats, who currently enjoy a super majority the Ca. Congress. Obviously, this governing body had a deficient system for reporting and dealing with sexual harassment.

Assemblyman Vince Fong blamed this situation on California's Capitol Human Resources Department for not recording or reporting known accusations and complaints.  With a secret society within the Capitol, women were easily preyed upon.  This exposure cannot make Democrat Governor Jerry Brown happy, but kudos to Christine Pelosi for her honesty. How many other states have a similar ineffective system for protecting abused women?  How many companies have not established a reliable, effective reporting system?

Certainly, it is hard to ruin a politician's or any man’s career by reporting or exposing a sexual predator who often is a very nice guy. This is a factor as to why some women decide not to report incidents.  There is also concern their claim may not be believed, and if not they fear possible retaliation.

However, it is fair to state that women have made false allegations and/or have mistaken what rises to the level of sexual harassment.  A mere allegation of sexual abuse has ruined men's careers, if not their life.  Some accusations were only proven false after the man was disgraced and his reputation ruined.

One example of this is a fantasist who invented rape and sexual assault allegations against 15 men to get attention from her girlfriends.  While that specific claim was rare, there are many others which at first seem credible and only after thorough investigation were proved false.

Bob Rosner wrote a column regarding false accusations of sexual harassment and more than 3300 readers responded. indicating this is an issue the public finds important.   Some were heartfelt confessions from women who had made such an accusation, which they later deeply regretted.

Sadly, even when the facts and the truth finally surface and the accusation is proven false, the man’s marriage, job, and reputation have been severely if not permanently damaged.

There must be a way to protect both types of abuses.  One pressing problem is many do not fully understand what specific conduct rises to the level of sexual abuse and/or sexual harassment.

This is particularly true on college campuses when young students indulge in excessive drinking that dulls inhibitions as well as the memory of a specific event engaged in by both male and female.  Each students' description of what actually occurred while intoxicated is a problem for authorities, especially if the woman later claims it was rape and the male refutes her allegation. Link

The definitions must be clearly defined and provided to workers and/or students.  Rules of conduct regarding the issue and its complexities should be provided so there are no opportunities for ignorance on this subject.

These dictionary definitions might help in making the distinction as to what has been considered sexual harassment: 1.  Unwelcome sexual advances made by an employer or superior, especially when compliance is made a condition of continued employment or advancement. 2.  The persistent welcome directing of sexual remarks and looks and unnecessary physical contact with a person, usually a woman, especially in the workplace.

It would be prudent for schools, businesses, and politicians to check with their local police authorities and lawyers regarding this issue to be informed of all the facts. Education helps protect everyone, whether that is the victim, the accused, the employer, or school. The recent string of allegations of misconduct by people in positions of authority, testifies to the absolute need for this conversation.